Automation and Engagement: The Eight Personalities of the Modern Employee 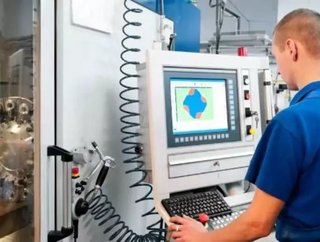 Automation projects aim to increase efficiency and productivity, yet can strike fear into a workforce that is sceptical, fearful for their jobs and relu...

Automation projects aim to increase efficiency and productivity, yet can strike fear into a workforce that is sceptical, fearful for their jobs and reluctant to take on the extra project responsibility.

On the other hand, automation projects can inspire and galvanise teams to achieve more and work together to bring energy and efficiency across an organisation.

The difference lies in the level of engagement with a project and, in large part can also be about personality and a person’s natural disposition to change.

Some people are more pre-disposed to scepticism and pessimism than optimism and enthusiasm, yet that does not mean the pessimist cannot become engaged with a project, they may take a bit longer to get there, but with the right communications and involvement in the planning and implementation of a project, they can become more proactively engaged.

It helps to be able to identify the various levels of engagement and have a number of tactics to create understanding and shared vision, building a desire to be part of a team that makes a difference. As a starting point, it is useful to understand that everyone may be on a different engagement scale and to identify where they are on their journey from negativity, passivity, positivity and action.

Festo Training and Consulting has worked to identify eight personality types, based upon an employee’s level of engagement and ability to become more closely aligned to a project.

Champions and Ambassadors will be fully engaged in any automation project. Their principle difference lies in their drive and proactivity.

Champions are highly aligned to the organisation, love their role and have immense drive. They will typically endorse a project and will work hard to bring people round to their point of view. It can be very useful to have someone from the shop floor as a Champion with peer to peer endorsement powerful in bringing about change.

Ambassadors are engaged, but less proactive. Although they will be positive about any strategy change and are highly aligned, they will not proactively try to change people’s opinions.

Challengers are satisfied in their role, however they will question the validity of any change. Lower in the alignment scale, they can initially be negative about an automation project. Challengers will seek facts, figures and a reasoned and robust argument.  Allow the time to provide this and Challengers can soon see the need for change and become more engaged with a project.

Sceptics are less aligned to the organisation. They will have a lower sense of personal satisfaction in their role, often overtly opposing the strategy. Due to their questioning and their lack of engagement, as well as low drive, other team players can find them difficult and draining to work with.

While well aligned and probably with a lot of knowledge within the organisation, the Prisoner is lower on the personal satisfaction scale. They will frequently air their concerns vocally and this can demotivate others.  Working with Champions and Ambassadors may help here and finding reasons to recognise their achievements and expertise can help to break down many barriers to engagement.

A Passenger on the other hand is really just along for a ride. They may be highly unsatisfied with their career and although they might understand the reasons for change, they will not be proactive in the process.  They can be responsible for stalling a project through inactivity and unwillingness to treat it as a priority.

Saboteurs are usually dissatisfied with their role and responsibilities and may harbour a great deal of unresolved conflict. However, they are proactive with high energy and this energy can be used to good effect if they are moved towards becoming a Challenger, rather than actively hindering a project.

Thieves on the other hand, are the most disengaged and highly dissatisfied on the engagement scale. The term ‘thief’ implies their covert nature and they will have little regard for anything other than their own agenda.

This agenda might be to take whatever they can from the company and sometimes other employees as well,  including time, information, training, material goods, money, data, software and anything that they think will benefit them now or in the future.

It has been known for a Thief to deliberately sabotage a project to prove their theory that it won’t work.  Hopefully an automation project will not have a Thief. If there is one, the best advice is to eject them from the team as soon as possible.

The key to a successful automation project is to move people closer towards the aligned and highly engaged end of the scale.

In many respects, level of engagement is a measurement of success, rather than a target. It is the way that people are involved in the project, consulted and recognised that provides a favourable engagement outcome.

Unfortunately, disengagement is often only analysed when a project hasn’t worked well and this is far too late and at a time when attitudes and behaviours have become more deeply entrenched.