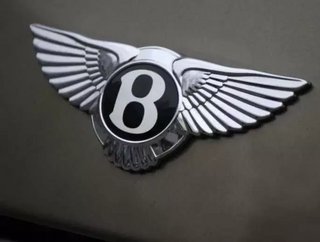 Bentley Motors today announced the creation of 300 new jobs and a &pound;40 million investment to expand its Crewe site in the UK and add a new research...

Bentley Motors today announced the creation of 300 new jobs and a £40 million investment to expand its Crewe site in the UK and add a new research and development centre.

Chancellor of the Exchequer George Osborne, who visited the Pyms Lane factory with local MP Edward Timpson this morning, welcomed the move.

Osborne said, “Bentley is an iconic British Brand that exports around the world. Their decision to create another 300 jobs in research and development on a new site providing close to 1,000 new jobs is fantastic news for Crewe and for Britain.

“These highly skilled jobs in this export industry are exactly the kind of opportunities we want to see created which is why in yesterday’s Autumn Statement I provided further incentives for R&D in the UK.

“The investment will not only create jobs at Bentley, but support many more through suppliers across the UK. I want Britain to be a country where companies want to invest and create jobs, as Bentley is doing today.”

The new centre will include a dedicated styling studio, research and development offices and a technical workshop. The facility will also house 1,300 Bentley engineers and is the latest step in preparing Bentley’s infrastructure to bring the world’s first ultra-luxury SUV to roads in 2016.

Work on the new development is due to begin early next year.

Bentley chairman and chief executive Wolfgang Dürheimer said, “With Bentley's new research and development centre, we will develop a new generation of Bentleys, which will continue our commitment of luxury, performance, quality and engineering excellence.

“Bentley is the number one luxury car manufacturer in the world and driving more investment into our headquarters and attracting talent is key to continuing our success.”

Last year, Bentley delivered more cars than ever before - a total of 10,120 - and it expects to break that figure in 2014. The company also committed to an £800 million investment over three years in product and facility development, with this announcement driving the investment to £840 million.