Boeing to Build its Largest 787-10 Dreamliner in South Carolina 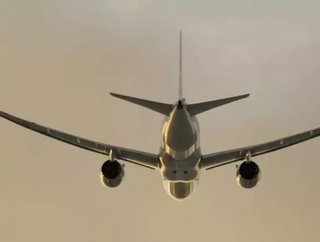 Boeing plans to build a new version of its flagship 787 Dreamliner jet at its nonunion factory in South Carolina, USA. The plan marks a significant upgr...

Boeing plans to build a new version of its flagship 787 Dreamliner jet at its nonunion factory in South Carolina, USA. The plan marks a significant upgrade in the role of the facility.

The 787-10 is a longer version of the Dreamliner scheduled for delivery in 2018. Boeing says that it will be 18 feet longer than the 787-9 and therefore is too long to be transported efficiently from South Carolina to Everett. Larry Loftis, a Boeing vice president and the general manager of the 787 program said that the decision was dictated by the stretched length of the jet’s mid-fuselage, which contains most of the passenger cabin.

The mid-body section of the current Dreamliner is assembled in South Carolina from pieces flown in from Italian and Japanese plants. Then it is either flown to Everett, in Washington or rolled to the adjacent assembly line in South Carolina to be combined with parts from around the world.

The 787-10, however, has a mid-body section that is 114 feet long and as a result, the section won't fit into the fleet of modified 747 aircraft that Boeing uses to fly its big jet parts from factory to factory.

The 787-10 will be the first Boeing jetliner model to be built solely in a nonunion factory. It will mean not only increased output but also a more sophisticated role for the plant. Boeing broke ground for the factory five years ago after decades of assembling its jetliners at its unionized base in Washington state and California. Crucially, the company is assigning future Dreamliner production increases through the rest of the decade solely to the South Carolina plant.

Boeing has had strained tied with its unionized workforce in the past and its decision to build the 787-10 in South Carolina has infuriated the main union. That being said, Loftis claims that the planned move for the 787-10 comes as the company is expanding production of other models in its Washington facilities, meaning both its unionized and nonunion workforces are getting more work.

The 787-10 is crucial to Boeing's plans to extend sales and enhance the profitability of the Dreamliner, which has won more than 1,000 orders thanks to its greater fuel efficiency and other advanced features. The program incurred three and a half years of delays and billions of dollars in cost overruns during its development because of design and manufacturing problems.

The plan for the 787-10 will be more challenging for the South Carolina plant. So far, the facility has assembled only jets that were already in production in Washington. Production of a new jet model can bring unfamiliar changes and new challenges.

Loftis said Boeing is counting on design and manufacturing similarities between the 787-9 and the longer 787-10 to smooth the jet's introduction to South Carolina in 2017. The site has struggled to increase output and deliver fully completed sections to the company's final assembly sites.

The company now builds 10 787s a month, three in South Carolina and seven in Washington. The total will grow to 12 a month in 2016, and to 14 a month before the decade ends.