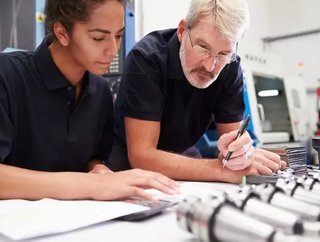 Skills shortages are occurring all over the working world. Many experienced and thoroughly-trained employees across industries are reaching retirement a...

Skills shortages are occurring all over the working world. Many experienced and thoroughly-trained employees across industries are reaching retirement age, and numbers of younger people to replace them have steadily dwindled.

However, this year’s British graduates will enter into a robust manufacturing recruitment market to help aid this problem, with eight in 10 employers taking on new recruits in 2017/18, according to a study by XpertHR.

Key findings from the survey of 186 public and private sector employers show that:

Nearly half of businesses are aiming to recruit the same number of graduates as they did in 2016, with around 44.2% taking on more. Only 6.8% are decreasing the number of graduate recruits. Companies with 1,000 or more employees are more likely to be cutting back.

Despite enthusiasm to take on graduates, employers taking part in the survey criticised the calibre of applicants, with 44.2% claiming that many have a concerning lack of knowledge and skills. One respondent stated: “Despite the high volume of graduates, the level of genuine talent is low.”

Over half of those involved in the study said that candidates being ill-equipped for manufacturing tasks was an issue for them, although this may seem somewhat unfair considering most graduates have no working experience yet.

However, not all comments were negative. One respondent commented: "Graduates provide a higher, more consistent return to a business both short term and long term. Their application is great - conscientious and professional with a desire to learn more, so why would we not want to hire more?"

XpertHR managing editor for pay and HR practice Sheila Attwood said: “There is good news for recent graduates in our survey. Employers are generally keen to take them on and recognise the value that they have to offer. But the evidence does show that pay has not kept pace with rising prices over recent years, and in common with other employees, they will feel the squeeze.

“It is also interesting to note that employers who report the greatest difficulties recruiting typically also pay below the median. In contrast, the median graduate starting salary on offer from the minority of employers that say they have not experienced any issues with graduate recruitment is in line with the survey median of £24,000.”