The great holiday pay and overtime debate - the implications for manufacturers? 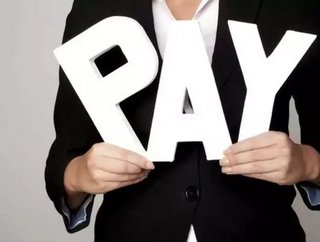 The Employment Appeal Tribunal (EAT) has, last week, handed down judgment in the closely watched appeals in the holiday pay cases Bear Scotland v Fulton and Baxter, Hertel (UK) Ltd v Wood and others; and Amec Group Ltd v Law and others. DLA Piper acted for Bear Scotland. Given the  reliance which many manufacturers place upon overtime and other forms of shift supplement in order to achieve workforce flexibility, the decision of the EAT is likely to be of particular concern to them. It is also likely to lead to higher wage bills and an additional administrative burden for manufacturers at a time when future prospects for industry as a whole are uncertain.

SEE MORE: Can US manufacturers cope with healthcare costs and remain globaly competitive?

These claims arose due to an apparent conflict between UK and European law as to how holiday pay should be calculated and in particular whether overtime must be included. Although employees have had a statutory right to paid annual leave under the Working Time Regulations since 1998, the rate at which this was paid has typically only been at their normal basic rate of pay, excluding additional payments such as overtime and bonuses.  There have already been a number of challenges to this settled view, with cases having been referred to the European Court of Justice on bonuses and other types of pay supplement.  In these cases, the European Court of Justice has held that such payments should form part of the calculation of holiday pay under the Working Time Directive.

The EAT decision in Fulton confirms that overtime payments, which are currently excluded from the holiday pay of many workers, must also now be included in future calculations, leading to increased holiday pay liability for manufacturers. However, any claims in respect of underpaid holiday pay in the past are only possible to the extent that no more than three months has elapsed between the date on which each of the underpayments occurred - in practice this is likely to mean that employees can only claim in respect of one leave year rather than, as had been a possibility, in respect of all underpaid leave as far back as 1998. Although not as significant as originally feared, the impact of the decision will still hit manufacturers hard, as many rely on overtime as opposed to other methods of dealing with fluctuating labour demands.  This is often due to the fact that many workers are in skilled roles which can't easily be covered by bank or agency staff.

As the judgment was only concerned with the 4 weeks' leave payable under the Working Time Directive, the immediate effect of the decision is that this leave and the additional 1.6 weeks' leave provided by the Working Time Regulations are payable paid at different rates. This will cause administrative headaches for manufacturers and in the long run the Government may seek to remove the distinction between the two; however, this is unlikely to be a legislative priority before the election. Manufacturers will also need to decide in the short term whether to pay holiday at different rates or to pay all leave at the same rate.

SEE MORE: The Toyota Way: How the automotive manufacturer handles health and safety

Manufacturers must also consider what specific elements of their own remuneration packages need to be included in the calculation of holiday pay and will need to decide how to deal with any existing claims - Unions have already filed a substantial number of claims for backdated holiday pay in anticipation of this judgment. Many manufacturers operate in a unionised environment, meaning that there may be an increased risk of claims as the litigation is heavily Union-driven.

The decision of the EAT may, however, provide an incentive to settle claims, as the potential for back pay is now limited. In the longer term, manufacturers will need to look at how they structure working arrangements in order to minimise the increased liability for holiday pay. Options might include using bank or agency staff to cover periods of increased demand rather than offering permanent staff overtime, revising commission plans to schedule payments at a time which impacts less on Directive leave and preventing leave from being taken at certain times of the year.

The government have set up a taskforce to urgently review the implications of the judgment. Although the government are unable to overrule the findings of the court without an appeal or a change in legislation, they can still offer employers much needed practical guidance on what this decision means and how best to respond to it. This should go some way to providing manufacturers with a clear path through the holiday pay minefield.