The manufacturing industry is improving its gender diversity, except for leadership roles 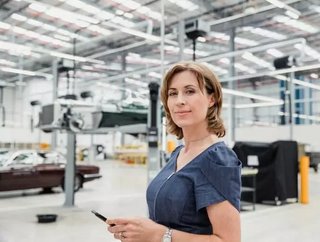 A recent reported released by the corporate financefirm, Livingstone, reveals that gender diversity is improving in the manufacturing industry. The rep...

A recent reported released by the corporate finance firm, Livingstone, reveals that gender diversity is improving in the manufacturing industry.

The report, released 15 March, assesses 25 firms – all part of the Financial Times Stock Exchange 100 Index (FTSE100) – and their female board member representation.

As of the 31 January, the manufacturers have a 32% female board member average, higher than the universal average of 28.4%, according to the Hampton-Alexander Review in November 2017.

However, only one of the companies – Barratt – featured 50% female board members, with five out of 10 being women.

Only 24% companies have 40% or more female directors on the board, whilst 32% have female board representation of 25% or lower.

The sectors within the industry with the highest female representation are pharmaceuticals at 35%, and aerospace and defence at 37%.

The British clothing manufacturer, Burberry, came out the highest with 42%.

Only three of the 25 companies featured female CEOs – GKN, GSK, and Imperial Brands – whilst two companies have female Directors – Croda and Shire.

“Looking at the wider picture, there’s no doubt that there has been a positive upward trend in female representation for manufacturing,” commented Graham Carberry, Partner at Livingstone.

“The fact that manufacturing surpasses the FTSE100 average here is encouraging given its perception as a ‘man’s world’, but there is clearly a way to go”.

“Some firms are lagging behind, and the clear lack of female CEOs and Chairs highlights a further problem: that whilst board participation is improving, it’s often weighted towards the non-executive roles, and masks a serious lack of representation in top leadership and executive roles.”