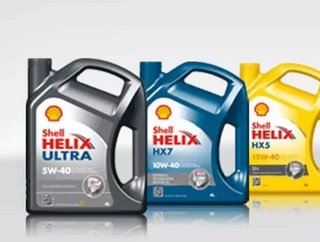 Shell Lubricants has announced the worldwide launch of a next generation motor oil, Shell Helix Ultra with Shell PurePlus Technology, the companys most...

Shell Lubricants has announced the worldwide launch of a next generation motor oil, Shell Helix Ultra with Shell PurePlus Technology, the company’s most advanced motor oil ever, featuring a base oil designed from natural gas.

Shell PurePlus Technology converts natural gas into a crystal-clear base oil with virtually none of the impurities found in crude oil for use in premium, synthetic lubricants.

Base oils are the main component of finished motor oils, making up on average 75-90 percent of the end product.

This next generation base oil is then enhanced with Shell’s unique additive ingredients to create the company’s most advanced fully synthetic motor oil ever; Shell Helix Ultra with PurePlus Technology.

“The way motor oils are produced has not changed for decades – now, we have unveiled a new motor oil that surpasses our previous lubricant technology, which is why we are confident when we say that no other engine oil keeps your engine closer to factory clean.

“Shell Helix Ultra with revolutionary PurePlus Technology harnesses the power of gas to produce the next generation motor oils, bringing together over 40 years of research and development in one new oil.”

Shell PurePlus Technology allows Shell to design the molecules that go into the motor oil, using chemical engineering to manufacture long chains of carbon molecules that are the ideal starting point to create pure, clean base oils.

Because the base oil has been produced from natural gas at a molecular level it is a significantly more stable product than conventional base oils, which gives the finished motor oil lower volatility and better low-temperature flow properties.

Shell PurePlus Technology base oils have consistently lower viscosity at cold temperatures (-25˚ to -40C˚) so they start lubricating engines straight away from a cold start.

These properties translate into important performance benefits for the engine, including improved cleaning, wear protection, and fuel economy.

Robert Sutherland, Shell Helix Global Technology Manager, said: “Starting with natural gas, Shell scientists are able to engineer the molecules to create a base oil with specific properties and characteristics. When this base oil is then combined with the carefully crafted additive package, it creates superior motor oils that offer a level of cleaning and protection not possible with lesser base oils,” said.

“Shell PurePlus Technology has also paved the way for the next generation of motor oils by offering possibilities for new viscosity grades. So far, this has enabled us to create the Shell Helix Ultra 0W-range, and we are already working on future developments.”