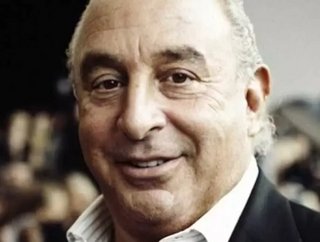 Arcadia Group has increased the number of British factories it uses by 20 percent in the 2014 to 47 from a negligible base several years ago. In 2015, the tycoon plans to support more local manufacturing.

Cutting his dependence on overseas manufacturing centres such as China (where manufacturing costs are on the rise) gave the company greater scope and capability, according to Sir Philip Green.

The use of manufacturing closer to home allows big retailers to bring in the latest designs more quickly, whereas it can take six months to design, manufacture and transport clothing from China.

Rising labour costs and the declining price advantage of buying from Asia have helped reverse the shift to low-cost factories abroad.

“We've been pushing to see what we could do to keep it nearer home. This is something we are permanently looking at, every day, every week. UK manufacturing gives us a different capability,” said Sir Philip.

The textile and clothing industry is thought to employ about 10,000 people in the UK.