Women in Engineering Day: The role of women in STEM 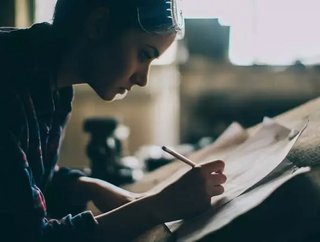 Today - the 23rd of June -is Women in Engineering Day. As previously explored onone of our sister sites, Business Review USA, the lack of women in STEM...

Today - the 23rd of June - is Women in Engineering Day. As previously explored on one of our sister sites, Business Review USA, the lack of women in STEM roles is an ongoing issue, and today aims to shine a spotlight on the problem whilst inspiring women and girls to become involved in science, technology, engineering, and mathematics. Here, Helen Marston, Engineer at specialist resistor manufacturer Cressall, discusses the role of women in engineering throughout history.

According to the Women’s Engineering Society (WES), less than ten per cent of engineering professionals in the United Kingdom are women, the lowest figure in Europe. Latvia, Bulgaria and Cyprus are leading the way, with female engineers making up almost 30 per cent.

In 1914, the National Council of Women was created, with the aim of getting women into work as men joined the armed forces to aid in the war effort. These women changed the face of engineering forever, being highly praised for their skills and expertise.

Unfortunately, by 1919 the Restoration of Pre-War Practices Act forced women to give up their jobs for the returning men. Women’s representation within engineering has never recovered.

The impact of women on engineering stems from well before World War I. Edith Clarke, born in 1883, had a long relationship with engineering, beginning work as a human computer at AT&T in 1912. Clarke went on to become the first woman to earn an M.S. in electrical engineering from the Massachusetts Institute of Technology (MIT).

Her most remembered achievement is the invention of the Clarke calculator, a graphical equation-solving device which she produced in her spare time. The Clarke calculator allowed the investigation of electrical characteristics of long lines used to transmit electrical energy — a system she rightly believed would become quite common. Without her calculator, long distance electricity, and its benefits, would not have become widespread. As available electricity was one of the driving factors for the second industrial revolution, industry would be severely hampered without the invention of this calculator. Even today, Cressall relies on the mechanisms invented by Clarke in electrical resistor design.

Actress Hedy Lamarr, best known for her work as a film star between the 1930s and 50s, helped develop a radio guidance system for allied torpedoes during World War II.

The spread spectrum technology used sophisticated frequency hopping technology to defend against the threat of jamming, and was later used on US Navy ships. Even today, the principles involved in the technology are incorporated into Wi-Fi and Bluetooth. These technologies are used within various industries, including manufacturing and transport. More recently, the manufacturing industry has made the most of these digital technologies to aid the adoption of Industry 4.0.

Let’s not forget one of the pioneering women of engineering, Ada Lovelace, who wrote the first complete computer program, published in 1843.

Having studied mathematics and science from a young age, Lovelace theorised a method allowing Charles Babbage’s analytical engine to perform looping — the repeating of a set of instructions which remains in use in computer programs today.

Lovelace is known as the first person to recognise that a general-purpose computer could have more uses than calculations, suggesting it could create music and art.

The contributions of women to engineering are unsurprisingly very broad, and no doubt provide inspiration for women across the world who hold careers in engineering.

The question of how to inspire more women to choose a career in engineering is being asked worldwide. The answer isn’t simple, and the responsibility falls to many, from engineering companies to schools. These brilliant women, amongst many in their sector, will continue to inspire the next generation of engineers, who may go on to produce something just as brilliant, regardless of their gender.

International Women in Engineering day takes place each year on June 23. The day focuses on the achievements and inspiring careers accomplished by women in engineering and technical roles. Supported across the industry by movements such as the Institution of Engineering and Technology’s nine per cent is not enough campaign, the day presents an opportunity to celebrate the pioneering and influential women who have, and continue to, push boundaries within engineering. Visit the Women’s Engineering Society’s site to find out more or to get involved.