Manufacturing industry first in line to reopen in the U.S. 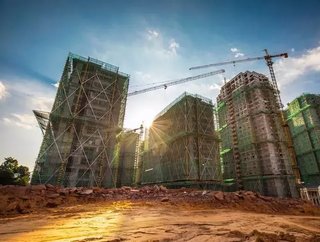 During Sunday’s daily briefing, Governor Andrew Cuomo stated that the manufacturing and construction industries are most likely to see workers returni...

During Sunday’s daily briefing, Governor Andrew Cuomo stated that the manufacturing and construction industries are most likely to see workers returning in the first phase of reopening the economy.

The first phase, which could begin within the next three weeks, would see manufacturing and construction workers return in low-risk environments, and is based on regional analysis and determinations. By monitoring hospitalisation rates, infection rates and the number of positive antibody tests, governors will be able to make decisions and reopen regions following a 14-day decline in hospitalisations.

The second phase of the process would come at least two weeks after the first. A pause is placed in between the phases to monitor the effects of sending workers back. Once it’s decided that phase two is safe to go ahead with, certain industries will be reopened based on priority and risk level, with businesses being considered “more essential.” Businesses with a low risk of infection will be prioritised throughout the process, with the less essential and higher risk businesses following.

Transportation systems, schools, beaches and parks will be incorporated into the plan, with a focus placed on summer activities, public housing, low-income communities and food banks. Cuomo stated that businesses must consider "how they're going to reopen with that 'new normal,” as they will be required to consider implementing new measures to protect employees and customers with social distancing in place.

Central New York, the North Country and the Mohawk Valley are three of the most likely regions to reopen first. This is because these three haven’t been hit as hard by the COVID-19 pandemic, meaning the risk of infection will remain low. However, downstate is where it becomes more complicated. For schools and businesses to reopen, a multi-state approach will be essential, with Connecticut and New Jersey also becoming involved.

It is thought that schools will likely be included in the second phase of the process, as Cuomo noted it was still too early to make a final decision. Whilst schools have not been closed for the rest of the academic year, districts are discussing how to make up for lost time, with summer schools being an option.

“On many of these things I’m not really comfortable getting too far ahead of ourselves,” Cuomo said. “You want to talk about a two-week window? I think that’s an intelligent window.” Sending children back to classrooms will be coordinated with the opening of businesses around the state.