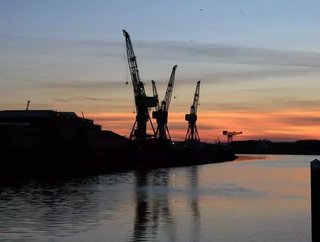 The UK government’s new National Shipbuilding Strategy has created ripples of hope across the nation’s industrial sector, but trade unions are calli...

The UK government’s new National Shipbuilding Strategy has created ripples of hope across the nation’s industrial sector, but trade unions are calling for guarantees amid fears that thousands of Scottish jobs may be lost to foreign competitors.

The strategy has been described as ‘ambitious’, as the idea is to create a renaissance in British shipbuilding. Scottish shipyards are set to manufacture warships for the Royal Navy and across the world.

The latest fleet of type-31e frigates will be built with the export market in mind and will cost no more than £250mn each. They will be in service by 2023.

Workers are understandably distrustful of the strategy, and remain concerned – thanks to Brexit – that the strategy will not go forward as promised and their jobs will not be protected.

Gary Cook, the GMB Scotland Organiser and Scottish Chairman of the Confederation of Shipbuilding and Engineering Unions said: "Let's be clear, the type-31 contracts were originally promised to the Upper Clyde.

“So while shipbuilding communities across the UK would benefit from a work-share programme of the type-31 work, this will be at the expense of the Upper Clyde despite its own future already secured until the 2030s.”

But he also stressed that with the aircraft carrier contracts drawing to an end, the manufacture of three 40,000 tonne support vessels would “help bridge any future shortfall in work while creating thousands more opportunities in working class communities across the UK”.

Ross Murdoch, GMB National Officer, added: "Royal Fleet Auxiliary vessels are key to unlocking the massive economic and employment potential of UK shipbuilding. We will be watching very closely today to see if the Government will actually back its warm words with deeds that protect the future of shipbuilding in this country.

“Any national shipbuilding strategy worth of the name must have a plan for RFAs at its heart. Without a clear commitment from government, it will be foreign competitors who will benefit from vital work that should be taking place in UK yards - a glaring missed opportunity for the UK government as Brexit negotiations continue."