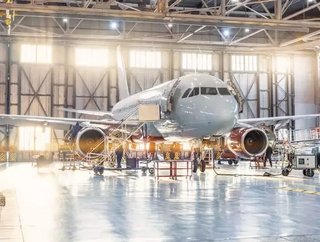 A small number of manufacturers, including Boeing and Doosan Bobcat, have resumed production operations in the US following pressure from President Dona...

A small number of manufacturers, including Boeing and Doosan Bobcat, have resumed production operations in the US following pressure from President Donald Trump.

President Trump called on manufacturers to reopen their businesses in a bid to help the economy, but the decision was met with resistance by governors who argue that there is not enough testing yet to ensure the coronavirus will not rebound.

27,000 staff will return to work in Boeing’s Seattle-area plants this week, working on building passenger jets. With COVID-19 causing concerns over employees' health and wellbeing, Boeing has implemented a number of virus-slowing precautions, such as face masks for its staff and the introduction of staggered shifts. Doosan Bobcat is also seeing 2,200 workers returning to factories around North Dakota.

This move follows on from action being taken around the world, as manufacturers and other businesses across Europe continue to reopen. Italy, Spain, and Germany have seen increased production, whilst Volvo Cars has reopened its factories in Sweden and Belgium this week However, a number of European countries are significantly ahead of the United States when it comes to the coronavirus curve, as the country currently stands with the highest death toll in the world.

The return to work of almost 30,000 people seems small, however, in comparison to the 22mn that have been left unemployed. Last week saw 5.2mn new applications for unemployment benefits, leading to the worst run of US job losses ever recorded.

The situation is becoming increasingly political. A number of states around the country, mostly Republican, have relaxed restrictions, whilst Democratic-led states and governors argue that the lack of testing supplies could lead to a second wave of infections. President Trump has accused Democratic governors of moving too slowly, complaining that “Do Nothing Democrats” are using complaints about a lack of testing to play politics.

The government’s leading infectious disease expert, Dr. Anthony Fauci, said: “Unless we get the virus under control, the real recovery economically is not going to happen. If you jump the gun and go into a situation where you have a big spike, you’re going to set yourself back,” he said on ABC’s “Good Morning America.”

Protests against Dr. Fauci and the lockdowns have taken place in states like Michigan, Ohio, and Virginia, with protestors complaining that their livelihoods are being destroyed and their constitutional rights ignored. In many cases, governors have been subject to the protestors' criticism, with many calling for Dr. Fauci’s firing, whilst protestors fail to adhere to social distancing rules.