Airbus unveils the construction of its new A220 manufacturing facility 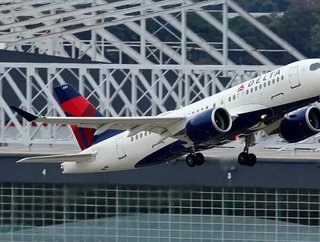 Airbus’ manufacturing growth in the US has stepped up a gear, launching a ground-breaking ceremony of its new A220 manufacturing facility in Mobile, A...

Airbus’ manufacturing growth in the US has stepped up a gear, launching a ground-breaking ceremony of its new A220 manufacturing facility in Mobile, Alabama. The assembly line will satisfy growing demands across the US for the A220 aircraft, the newest offering in Airbus’ commercial aircraft product line.

Airbus aircraft continue to be utilised by the largest airlines across the US. The company is a major partner of US aerospace companies and workers, where it has spent $48bn in the country with hundreds of suppliers in over 40 states.

“Airbus’ growth plans will not only create new jobs for Alabamians but also strengthen the bonds that have developed between the global aerospace company and our state,” said Governor Kay Ivey. “Alabama has a long history in flight and, as this project shows, a bright future in the aviation industry.”

Supporting more than 275,000 American jobs, US Airbus has engineering centres in Kansas and Alabama; a major training facility in Florida and soon one in Colorado. It also has materials support and headquarters in Virginia; an A320 Family assembly line delivering aircraft in Alabama; an innovative think tank (A3) in California; a drone data analysis business (Airbus Aerial) in Atlanta, Georgia; helicopter manufacturing and assembly facilities in Texas and Mississippi; and a satellite manufacturing facility (OneWeb) in Florida.

“Airbus’ decision to launch production of A220 aircraft at a new assembly line in Mobile will act as a powerful catalyst for sustained growth in an industrial sector that is key to Alabama’s future,” Secretary of the Alabama Department of Commerce, Greg Canfield added.