Alternative finance will help support the buoyant state of manufacturing 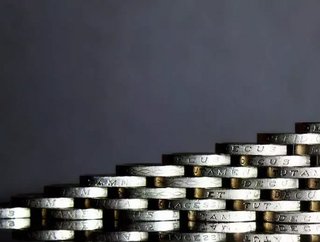 As previously reported, the EEF has released its most recent findings to conclude that professionals are holding avery positive outlook for the manufact...

As previously reported, the EEF has released its most recent findings to conclude that professionals are holding a very positive outlook for the manufacturing sector in the second quarter of this year. There is currently quite a buzz within the industry, and alternative finance is playing an increasingly pivotal role as traditional banks remain uneasy about investment in the wake of Brexit.

“Following the encouraging manufacturing statistics from the EEF, despite the best efforts of anti-Brexit doom-mongers to convince us otherwise, British manufacturers are alive and kicking. Against the odds, our manufacturers are stepping up to the plate to make the most of a post-Brexit Britain.

“That energy was very much in evidence when 200 exhibitors from the clothing, textile and homewares sectors turned out to attend a two-day ‘Meet the Manufacturer’ event at The Old Truman Brewery in East London last week. You had to be there to experience the buzz.

“Of course, very little manufacturing takes place these days just a stone’s throw from the heart of the City of London, much of which has been given over to the service industries. Perhaps most telling was the fact that there didn’t appear to be a banker in sight – time was, when such an event was taking place, bankers would be everywhere. Not one of the major banks had a stand there to fly the flag. What a sad indictment of the state of investment in British manufacturing.

“But perhaps that says it all. Manufacturers are striving to make a success of their business, and if they are to succeed in their efforts, they will need finance to grease the wheels, encourage growth and improve productivity. Interest rates are at record lows, funds are available and accessible. Small businesses just need the confidence and support to reach out and grasp the opportunities. Peer-to-peer lending can provide manufacturers with the ready access to finance that they need to continue this encouraging growth and reach new heights.”