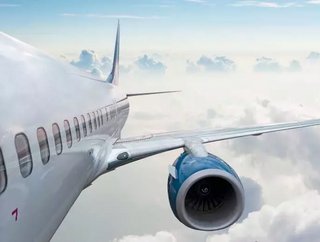 The automotive giants, BMW, has announced it is collaborating with Lufthansa Cargo to launch the BMW Vision iNEXT World Flight. It is anticipated that...

The automotive giants, BMW, has announced it is collaborating with Lufthansa Cargo to launch the BMW Vision iNEXT World Flight.

It is anticipated that 300 international media representatives will experience the vision of future mobility that is demonstrated by the BMW Vision iNEXT and will board the Boeing 777F from the Lufthansa Cargo fleet in September.

The two firms have worked together to produce the aircraft and the guests will be shown a preview of BMW’s future as part of an exclusive closed room concept which has been created for the occasion.

It is thought that approximately 30 tonnes of material will be used to build a suitable platform to show off the BMW Vision iNEXT.

Peter Gerber, CEO and Chairman of the Executive Board of Lufthansa Cargo AG, said: “Visionary products deserve visionary presentations. We are delighted to have made this extraordinary world premiere possible in cooperation with BMW.”

The aircraft will begin its round-the-world flight from Munich Airport in Germany on 9 September before flying to New York, San Francisco and Beijing and finally touching down at its final destination in Frankfurt on 14 September.

Klaus Fröhlich, Member of the Board of Management of BMW AG, responsible for Development, said: “iNEXT is our mobility proposition for the future, so it’s only logical that the BMW Vision iNEXT should be presented to a global audience in a fresh new style.

“The World Flight is a fitting way to get the ball rolling.”