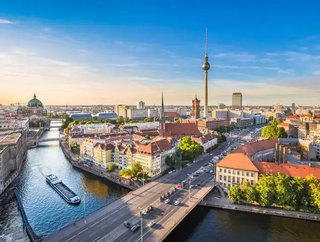 The Germany-based automotive supplier, Bosch, has announced it is set to hold a 4% stake in Britain’s Ceres Power Holdings in a bid to develop the nex...

The Germany-based automotive supplier, Bosch, has announced it is set to hold a 4% stake in Britain’s Ceres Power Holdings in a bid to develop the next generation of solid oxide fuel cells, Reuters reports.

The stake which is valued at approximately £7.7mn ($9.82mn) will see Bosch become one of the group’s top shareholders.

In a statement, Bosch board member Stefan Hartung, said: “Bosch believes that the highly efficient fuel cell, with its very low emissions, has an important role to play in energy systems’ security of supply and flexibility.”

Bosch confirmed that solid oxide fuel cells could be utilised to meet a growing electricity demand in metropolitan areas, however, it is believed that large power stations alone wouldn’t be able to meet the higher consumption needs.

Phil Caldwell, the CEO of Ceres Power, stated in a press release: “The vision for our partnership with Bosch is to set a new industry standard for solid-oxide fuel cells, leading to widespread adoption in distributed power supplies.”

“By combining Ceres’ unique Steel Cell technology with Bosch’s engineering, manufacturing, and supply chain strength we will establish a strong partnership that can make our technology even more competitive and prepare it for potential mass production.”

The firm also revealed that the ambition was to create solid oxide fuel cells that hold the capacity to generate 10 kilowatt of electricity, with nuclear power stations generally having the ability of around 1 gigawatt.