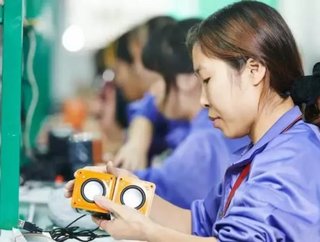 Manufacturing in China has diminished again for the sixth month in a row. The official Purchasing Managers&#39; Index - or PMI - for January fell to the...

Manufacturing in China has diminished again for the sixth month in a row. The official Purchasing Managers' Index - or PMI - for January fell to the lowest point since mid-2012 at just 49.4, slightly below the forecasted 49.6.

A PMI below 50 is a sign of contraction, whereas anything above that shows progress. It's been a disappointing year for growth in China, and a dark month for the stock market. This is causing concerns worldwide, although some countries - such as India, where manufacturing keeps growing - are benefitting from what China is lacking.

According to This Is Money, the state-run Xinhua news agency blamed Chinese New Year holidays on the sluggish numbers, but this steady decline suggests a deeper issue.

Problems in China will reflect on dependent countries such as South Korea, which relies heavily upon the nation for electronics exports. The PMI for China's service industry, at least, shows promise at 54.4.

PMI results for Europe and the US are soon to follow, but it is expected that manufacturing across most of the world will show a slight decline. India's numbers have already been released, displaying good growth at 51.1 after suffering a 28-month low of 49.1 at the end of 2015.