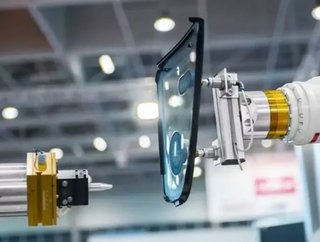 General Electric is brining the Internet of Things to the factory floor. At one of its New York based factories, the manufacturing behemoth has installe...

The sensors in place collect data such as the heat of the factory floor and how much pressure was being applied to certain components. This data is delivered to the operator. The sensors will also alert the operator to quality concerns. The end game of introducing this technology is to ascertain what conditions create the best product outcomes – down to the optimal surrounding temperature.

CEO Jeff Immelt has also spoken of his vision for a “brilliant factory” - a dynamic system in which machine parts constantly relay information to operators, who can schedule maintenance before equipment fails, all the while improving the manufacturing process.

GE also plans to use 3D printers in new factories to customize and print new components, such as metal jet engine parts or plastic tools.

GE is a pioneer in the manufacturing sector when it comes to applying the concept of the Internet of Things. It has even gone as far to coin its own definition of the technology, called the Industrial Internet and has pledged to invest at least $1 billion in its development.

“If we can take an aircraft engine, and if we can get 10 percent more time on wing for that engine, that’s worth billions of dollars to our customers,” Immelt said at the Wall Street Journal’s AllThingsD conference last year. “And the way you do that is through material science, where we’re really good. But you have to be able to do a better job on analytics and modeling failure, and things like that.”

Every new GE factory built from now on will include sophisticated data sensors, and the company is working hard to introduce them to its 400 existing factories worldwide. In order to collect this data and turn the information into real-world results, GE invested around $105 million with Pivotal, a big data management startup, last year.

“One particular part might touch three suppliers and two GE factories,” said global technology director Christine Furstoss — and it’s almost impossible to get all links in any supply chain to use the same data collection software. For GE, “it’s really [about] linking all of those systems together — being able to get the data to look the same, without forcing big systems out onto the suppliers.”