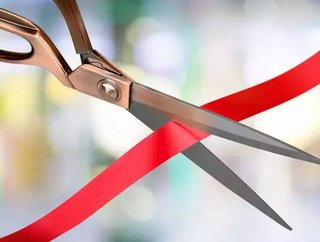 Beer manufacturer, Heineken, has laid the foundation stone of its first brewery in Mozambique. This first step was undertaken in the presence of His Ex...

Beer manufacturer, Heineken, has laid the foundation stone of its first brewery in Mozambique.

This first step was undertaken in the presence of His Excellency Mr. Max Tonela, Minister of Trade and Industry.

The new brewery will incorporate all the new technologies Heineken is embracing and represent a $100m investment. Located in the province of Maputo, it will have a production capacity of 0.8 million hectolitres to brew beer for the domestic market. The first bottle is expected to come off the production line in early 2019.

Heineken Mozambique established itself in 2016 as a sales and marketing office, where it imported international beers including Heineken, Amstel, and Sagres to offer more choice to local customers. The construction of the first brewery in the country is a major step for its presence and visibility.

The new brewery is expected to create at least 200 direct jobs and support additional indirect jobs.

Heineken aims to not only source 60% of its agricultural raw materials in Africa by 2020, but explore the possibility of locally sourcing the raw materials needed to create its beers. One objective of the project will be to improve crop yields, as well as the capabilities and living standards of domestic farmers. Thus, the business will help to contribute directly to the economic development of the country.

“We are delighted to enter Mozambique, where we see promising long-term economic perspectives. The project is progressing well thanks to the support of the Mozambican Government and its commitment to bring investments into the country. Investing in a new market like Mozambique supports Heineken’s ambition to expand its footprint and be the number one or a strong number two in all markets in which it operates.

“With our extensive experience and existing business in Africa, we also aim to be a partner for growth today in Mozambique as we already are throughout the continent. I am convinced our presence will contribute to the economic and social development that is already under way in Mozambique.”

“With Heineken’s passion for quality, our new brewery will deliver high quality beers to Mozambique according to the international standards of the Heineken Company. We look forward to continue to provide enjoyment to Mozambican consumers with our brands.”