How Airbus remains a jewel in Wales's manufacturing crown 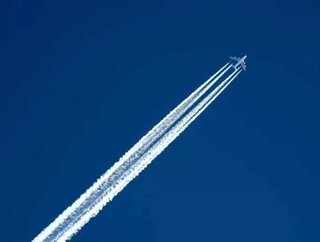 Waless Airbus facility in Broughton has firmly established itself as a beacon of success for the company in the aerospace manufacturing sector. Well kn...

Wales’s Airbus facility in Broughton has firmly established itself as a beacon of success for the company in the aerospace manufacturing sector.

Well known for being the Welsh home of the De Havilland Comet and the Mosquito, the facility creates at least 1,000 wings per year, thanks to 6,000 staff on-site. £2 billion has been poured into the business over the past 15 years, cementing its role as a powerhouse of Welsh manufacturing.

“Airbus has had a presence at Broughton since 1939, when we were created as a shadow war factory. We’re primarily involved in manufacturing and engineering, but we’ve invested significantly in the wider supply chain, which employs around 2,000 people. This is a fantastic modern setting. Adjacent to the west factory we’ve got a business park with three suppliers. And we’re very proud of our skilled workforce, which extends to over 6,500 people. Today, Wales offers exactly what Airbus requires in terms of the infrastructure, surrounding locality, skilled workforce and the facilities across the site and its 750 acres. More than 100,000 people are dependent on the work we generate, and it contributes more than £2 billion to the UK economy each year, so we’re riding on a high.

“We’ve got future bookings extending over ten years. There’s a great level of optimism associated with that order book and the future prospects we have. When we look up in the sky, it’s a great feeling to know that we’ve contributed in some shape and fashion to that success story.

“My advice to other companies looking at operating in Wales is, ‘come and join us’. We are the envy of our European partners in terms of what we’ve got here in Wales and the relationship we’ve got with Welsh Government and how supportive they have been. It’s a great, mature relationship that’s developed over a number of years.

“A close relationship with Welsh Government gives us access to decision makers at ministerial level quickly. And if we want advice and support we can just pick up the phone.”