How British policy-makers have championed financial services over manufacturing 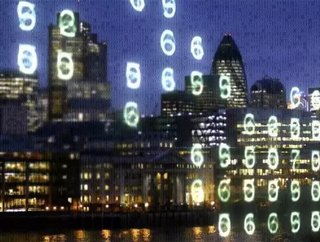 Why is the UK economy so heavily focused on financial services, rather than manufacturing? This was not always the case. The UK emerged as the first...

Why is the UK economy so heavily focused on financial services, rather than manufacturing?

This was not always the case. The UK emerged as the first industrialised nation by taking on the twin roles of ‘the workshop of the world’ and the financial and trading hub of the global economy. During the twentieth century that balance has shifted. A series of major international ‘shocks’ created implicit trade-offs between these roles for policy makers. While politicians were often ambivalent, unelected policy-makers within the UK’s two most powerful state institutions - the Treasury and Bank of England - consistently championed Britain’s financial and trading interests and proved successful in pushing their agenda, sometimes through active discrimination against manufacturing. The most recent of these ‘shocks’ is Brexit, within which policy makers will once again need to make decisions involving trade-offs between protecting the City or the wider economy. What does the “long view” tell us about how they will approach this trade-off?

World War I left Britain with substantial debts, a severely diminished overseas investment portfolio, and considerable disruption to its traditional pattern of exports. Britain faced a difficult struggle to continue managing the international gold standard, with sterling as the world’s key currency. Nevertheless, the Bank of England and Treasury successfully championed a policy of savage deflation to bring British prices back into line with sterling’s former gold value, believing that a strong, stable, pound was the key to Britain’s international financial leadership. Instead, deflation brought mass unemployment and the devastation of Britain’s staple manufacturing industries, creating what proved to be a persistent ‘North-South divide.’

The Second World War constituted an even greater economic shock, leaving Britain with huge war debts, in excess of 200 per cent of GDP. Bank of England and Treasury officials again pressed for massive deflation to restore sterling’s credit worthiness. John Maynard Keynes pleaded that they were repeating the 1920s gold standard error – though his direct influence ended with his untimely death in 1946. Labour’s landslide 1945 election victory confirmed the view of most mainstream politicians that the position of the Treasury and the Bank of England was politically unacceptable and the advocates of deflation had to bide their time.

The 1951 Conservative election victory and the Korean War crisis gave them their opportunity. Restrictions on instalment purchase credit for consumer durables (known as ‘hire purchase’ in the UK), introduced in the 1952 budget, were used alongside punitive Purchase Tax rates (of up to 60 per cent or more) to restrict consumer demand for the ‘new’ consumer durables industries that had flourished after Britain had finally been forced to abandon the gold standard in 1931. Restrictions were frequently relaxed, and then tightened when sterling came under pressure. So confident were the Bank and Treasury that they could rein in domestic demand in this way, that even without overseas support they began to relax controls on sterling transferability in March 1954, to boost the City. This further increased sterling’s vulnerability and with it, the need to restrict domestic demand.

Frequent and unanticipated ‘stop-go’ policies, where instalment credit restrictions and Purchase Tax were intensified in the ‘stop’ phase of the cycle, then relaxed in the ‘go’ phase of less restricted consumer spending, proved disastrous for Britain’s consumer durables manufacturers. Sudden changes played havoc with production schedules and eroded competitiveness by preventing firms from reaping scale economies or operating near capacity. The restrictions impeded productivity growth and damaged exports, by increasing unit costs and slowing new model development. Industrial relations were also soured, because manufacturers were forced into policies of `hire and fire’. Product quality was also eroded by distorting home demand in favour of lower model standards (such as smaller screen TVs, or less powerful cars).

Ultimately the Bank of England and the Treasury achieved their aims of restoring the City as a world financial centre. However, this came at the cost of catastrophic damage to the consumer durables industries, which played a major role in their relative decline in the 1950s and 1960s, culminating in absolute decline from the 1970s. This contributed to Britain becoming heavily reliant on a narrow base of industries associated with banking, finance, international trade, and related sectors, located  mainly in and around the South East.

Today Britain faces a new ‘shock’, Brexit, which will again involve trade-offs between protecting the City or the wider economy.  History shows that in previous shocks the Bank and the Treasury have persistently championed the City, almost regardless of the cost, whether mass unemployment in the inter-war years or the rapid decline of British manufacturing in the post-war ‘long boom’. It therefore seems reasonable to assume that they will be prepared to sacrifice almost anything to protect City interests - including other sectors of the economy and the core policy commitments on which the Brexit campaign was fought.