How can manufacturing reduce air pollution? 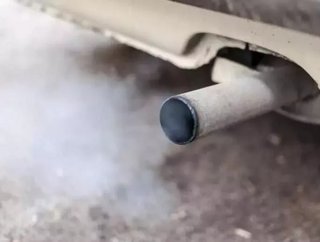 The Royal College of Physicians recently published its report, &#39;The Lifelong Effects of Air Pollution&#39;. The report draws stark conclusions on ai...

The Royal College of Physicians recently published its report, 'The Lifelong Effects of Air Pollution'.  The report draws stark conclusions on air pollution’s effect on both the nation’s health and the cost overall to the UK economy.

The causes and impact of air pollution

The report concludes that air pollution is responsible for 40,000 deaths annually and has a direct or indirect link with conditions as varied as cancer, asthma, stroke, type 2 diabetes and dementia. Additionally, air pollution has a greater impact on the young and those with pre existing respiratory conditions.

It estimates the cost to the economy at £20 billion annually – much of it linked to the increasing strain it places on the NHS. The report identifies air pollution as comprising generally 3 elements: carbon dioxide, nitrogen dioxide and particulate fume. Whilst there is recognition that industrial pollution remains a contributory factor there is an implicit recognition that the Clean Air Act (1956) was a catalyst for improvement – a trend which has continued with the move away from coal fired power stations and the decline of our heavier industries; coal, steel and chemicals.

The report concludes that 2 main factors are to blame:

The shift from petrol to diesel vehicles was largely prompted by government financial inducements. Whilst it had - at least ostensibly - the laudable aim of reducing carbon dioxide emissions, it has caused a trade off in increased nitrogen dioxide and particulate fume emissions, which the report concludes, are responsible for an estimated 11,000 deaths annually.

Viewed from a European perspective, the UK has a poor track record. Its failure to meet any of the EU rules on nitrogen dioxide levels for the last five years prompted legal action culminating in the UK Supreme Court ordering the Government to create an action plan on how it would comply.

Despite this plan published in December 2015, most commentators do not expect our major UK cities including Leeds, Birmingham and London to meet EU air pollution rules until the year 2030. This calendar year the UK breached nitrogen dioxide maximum levels set for the whole year in early January. In 2015, the breach occurred after just two days. Any thoughts that this demonstrates even a slightly improved picture on air pollution must however be tempered by the knowledge that the air monitoring equipment in Oxford Street, London - described by some as 'the world's most polluted street' - was broken and awaiting repair.

What can manufacturing do?

The adverse consequences of air pollution in health and financial terms appear from this report to be very clear, prompt, and stark choices for the government.

Whilst it is recognised that the UK - in global terms - does much better in terms of its industrial greenhouse emissions than many Asian and Eastern European comparators, there is still a considerable way to go if the adverse ill health and financial costs are to be minimised or avoided.

UK manufacturing can play its role in fully embracing clean technologies which reduce emissions. Whether this is in the improved management of urban and agricultural waste incineration, the capture of methane gas released as a by-product, or more broadly, by promoting “green” initiatives, for example rail freight and passenger travel. Whilst the days of gaseous emissions from power stations and sulphurous fumes emitted from chimney stacks may be nearing an end, the focus now very firmly turns to the problems of transport and our infrastructure.

Jim Byard is a partner at national law firm Weightmans