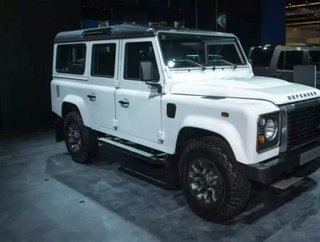 Since 1983 the iconic Land Rover Defender has been made at the firms production facility in Solihull, UK. While elements of the manufacturing process ha...

Since 1983 the iconic Land Rover Defender has been made at the firm’s production facility in Solihull, UK. While elements of the manufacturing process have been updated it has largely been built in the same way, using the same techniques, for more than 25 years.

Now that it’s set to be taken out of production and replaced with a modern imitator, Land Rover have created a video to show how the vehicle has been made to date, for posterity's sake. The video posted below shows what the Solihull plant in operation - it’s been building the Defender since 1983, back when it was still called 90, 110 or 127 depending on the length of chassis.

The factory also builds the Range Rover, Range Rover Sport, the Land Rover Discovery and most recently the Jaguar XE.

However, it seems that the part where they assemble the Defender still looks pretty old school. They do use modern machines, welding tools and other bits of tech, but the assembly process is thoroughly a hands-on affair.