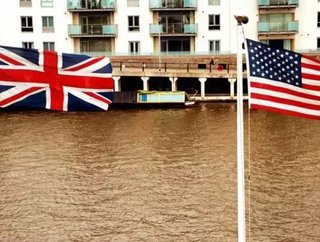 A significant degree of Americas relationship with the UK is built on trade. Despite President Obama stating before the EU referendum that the UK would...

A significant degree of America’s relationship with the UK is built on trade. Despite President Obama stating before the EU referendum that the UK would no longer be a priority if it voted leave, President-elect Donald Trump now claims that the UK’s decision will have no negative impact on trade, and he is keen to strike a new deal. This could mean a boost for Britain’s manufacturing industry.

"Trade deals are not done quickly, especially if a country has not had the economists and negotiators needed for 25 years.

"The UK could simply have free trade with every country including the US, as has been argued, but in this situation, comparative advantage dominates, and production gravitates to the location with the lowest cost of production. This is often politically unacceptable, as governments seek to protect jobs and tax revenues, as well as to protect certain production activities that fund innovation.

“Then we are left doing a trade deal to protect each country’s priorities. Negotiators are essentially like barristers. They put forward arguments based on the analysis that they are given.

“That is the difficult bit, figuring out which industries will gain or lose from a given deal, and what the overall effect is, given the impacts on related sectors. For instance, if the UK did a tariff free deal in the auto industry with the US, the net effect in car production is quite straightforward to work out, but what about parts, plastic mouldings, glass, etc. Who will gain - us or them? Then this has to be all put together, fed into the negotiators with a range of options – because the US will be doing this too. To complicate things further, firms from both countries will be figuring on some direct investment to support their exports, so will this move jobs away from the UK or bring them in?

“In the 1960s the UK had economists, who were sector specialists, working this out, but neither the public or private sector have needed this for 25 years. Just for a trade deal with the US, conservative estimates on the manpower needed to work all the sectors out, mean the government would need to hire every professor of international economics or international business in the UK, along with all the researchers, and all the PhD students, for at least three years to figure this out.”