India will now serve as a hub for worldwide automotive supply 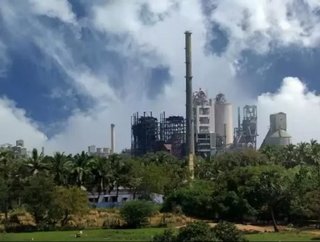 Renault-Nissan Alliance CEO Carlos Ghosn, speaking at the 2016 World Economic Forum in Davos, Switzerland, has announced that India will now serve as a...

Renault-Nissan Alliance CEO Carlos Ghosn, speaking at the 2016 World Economic Forum in Davos, Switzerland, has announced that India will now serve as a hub to supply cars worldwide.

This statement follows the hugely successful launch of the Renault Kwid, launched in India last year and costing around $38,000. Ghosn had previously advocated local manufacturing for local markets for the Alliance, but his stance has changed thanks to the positive reaction to the Kwid. Its production, previously done elsewhere according to Ghosn at its unveiling, is now based firmly in a Chennai plant which now enjoys 97 percent localisation.

Renault-Nissan is currently working on several new models for the Indian market; car penetration is at 20 cars per 1,000 people in India and growth is expected. The Kwid follows Renault’s CMF-A platform, part of Renault-Nissan’s larger Common Modular Family strategy. There is a high likelihood of similar compact vehicles emerging in the near future for both Alliance brands.

Although the manufacturing slowdown in China has adversely affected Ghosn and his brands, he is optimistic about 2016. He puts India alongside China and the US as a key market in the worldwide motoring industry, and stated at the World Economic Forum event that Renault-Nissan will remain true to its promise of mass-market, mass-produced electric vehicles by 2020. He also believes that the biggest hurdle with self-driving cars is not technology, but road safety and the necessary rules required to support it.