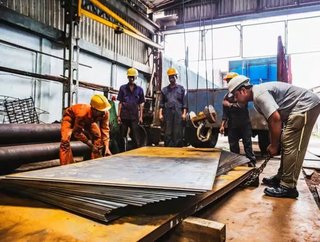 India sees the fastest manufacturing growth in 2018 in the month of June, with the Nikkei India Manufacturing Purchasing Managers’ Index (PMI) reading...

India sees the fastest manufacturing growth in 2018 in the month of June, with the Nikkei India Manufacturing Purchasing Managers’ Index (PMI) reading 53.1.

The points rose from 51.2 in May, marking the fastest improvement since December last year.

June also became the 11th consecutive month of expansion in the industry, with the PMI points remaining above the 50-point mark that separates expansion from contraction.

The industry’s growth is linked to a rise in demand for domestic and export orders.

“India's manufacturing economy closed the quarter on a solid footing against a backdrop of robust demand conditions, highlighted by the sharpest gains in output and new orders since last December,” commented Aashna Dodhia, IHS Markit Economist and report author, the Times of India reported.

“On the jobs front, the latest survey data pointed to a healthy labour market, with job creation accelerating to the sharpest since December 2017,” Dodhia continued.

“Input cost inflation quickened to the strongest since July 2014 in June, suggesting that the central bank could remain under pressure to tighten monetary policy.”

“Indeed, some of the key challenges to the 12-month outlook include tighter domestic monetary policy and persistently high inflation.”