The industry will grow in 2017 despite Brexit, say manufacturers 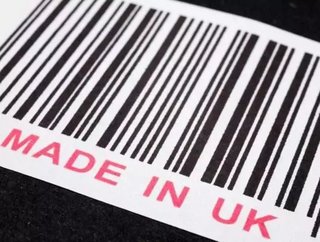 According to research by Company Check, over two thirds of manufacturers expect to grow this year despite Brexit. Company Check has released its Busine...

According to research by Company Check, over two thirds of manufacturers expect to grow this year despite Brexit.

Company Check has released its Business Census 2017 report, which surveyed 1,300 firms during November and December last year, and revealed that 70 percent of companies predict an increase in turnover over the next 12 months.

Katie Deverill, Operations Manager at Company Check, said: “The Business Census lets us ‘take the temperature’ of UK manufacturing to understand the big challenges they’re going to be facing during the next 12 months. Brexit may have already had a chilling effect on future business growth in some places, but business leaders still appear confident individually about their prospects for the year ahead.

“That said, however, there’s also high levels of disaffection with local authorities when it comes to them supporting and nurturing business growth. The powers that be should take note of these figures and recognise that something in the current system just isn’t working.”

Martin Hurworth, Managing Director of UK manufacturing company Harvey Water Softeners, added his perspective: "The manufacturing industry has experienced some challenges, but the latest GDP figures are proof that we are growing through uncertainty. In a post-Brexit economy, manufacturing in the UK will be more important than ever. We need bold action and certainty to give companies a reason to stay here and invest.

"The results of the Business Census show that the economy is still a concern in our industry and we recognise there are some potentially challenging times ahead. But we're confident in our future as a British family business and are positioned for growth, with plans to invest significantly in the local area and R&D."