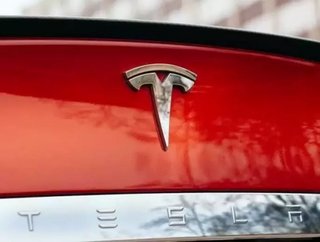 Teslas gigafactory is incredibly important to the development of the brand due to the fact that it will help realize Elon Musks dream of cutting the cos...

Tesla’s gigafactory is incredibly important to the development of the brand due to the fact that it will help realize Elon Musk’s dream of cutting the cost of batteries to a level that will make electric vehicle production viable on a global scale. Tesla is ramping up for a few big years with the release of its highly anticipated Model 3 in 2017 and the plan to slash the cost of battery units by a massive 30 percent with the opening of its gigafactory.

According to the company’s recent annual filing, batteries will initially be produced at the gigafactory for its Model S and Model X cars, beginning in 2016. Considering that workers only broke ground on the site in the summer of 2014, it goes to show how quickly Tesla is working to get the factory up and running.

Production of batteries is of crucial importance to the success of the cheaper Model 3, which is supposed to be launched in 2017. Large-scale battery production is due by 2020.

Even though the facility will not be working at full capacity in time for the release of the Model 3, Tesla is still forging ahead with its ambitious goals. Not only is the facility brand new but also Tesla has limited experience in manufacturing batteries. The site needs to remain on schedule in order to allow for the testing of batteries produced there before the launch of the Model 3.

A major step away from fossil fuels

Currently Panasonic Corporation is the only partner Tesla has in the battery factory, but it is thought that other partners will be brought in at a later date. Recent photographs show that the factory already has a frame and is in the process of being roofed.

The huge factory is expected to make as many lithium-ion batteries in one location as there are currently being manufactured in the entire world. The move away from fossil fuels could see a big push from the gigafactory, and it’s encouraging to see construction advancing so quickly.