Manufacturers: avoid being the next food safety scandal 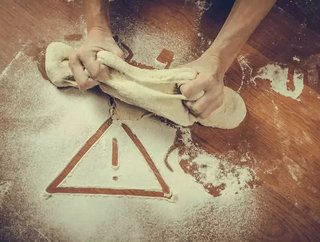 A recent undercover report in the press did more than uncover low standards of food safety at a major UK food manufacturer – it also highlighted the i...

A recent undercover report in the press did more than uncover low standards of food safety at a major UK food manufacturer – it also highlighted the importance of organisations having the relevant electronic systems in place to prevent issues arising on the shop floor.

One of the UK’s largest food manufacturers recently found itself battling to save its reputation (not to mention its biggest customers) following undercover footage that showed poor food hygiene processes and inadequate scrutiny of its food safety procedures at one of its largest sites.

The scandal revolved around the handling of poultry on the production line – with workers seen altering sell-by and slaughter dates on packages, as well as mixing old and new produce. The damage was near-instantaneous, with three of the UK’s biggest supermarket chains pulling their business and halting deliveries from the factory. A parliamentary inquiry and an investigation by the Food Standards Agency (FSA) is set to follow, and the reputational cost to the company in question could grow to catastrophic proportions.

At the very least, the company will have the terms of their deals to supply the main supermarkets renegotiated aggressively, and in the worst case they could lose the contracts altogether. The scandal could even see members of the leadership team forced out of their positions. They are ultimately responsible for the quality measures and management system put in place. Although they may not be involved in the day-to-day activities, the buck stops with them.

Despite its focus on one organisation, the scandal presents a major challenge to every food manufacturer in the world. What has not appeared in the news so far is that this is likely to be the tip of the iceberg. The company involved merely has the unfortunate distinction of being the one to be exposed. And manufacturers in many countries will now be under even greater scrutiny, and challenged to demonstrate their commitment to food safety and consumer welfare.

With such high stakes involved, it can seem strange that companies still rely on in-house (mostly paper-based) procedures on their factory floors. Often the reason for sticking with the current solution is an attempt to avoid upsetting the status quo. “It’s how we’ve always managed it” is a commonly heard refrain; but, just like the latest software, business practices have to constantly evolve to remain relevant and up-to-date with modern manufacturing needs.

The emergence of the digital world has changed the way people across the globe consume information, and the manufacturing world has to keep pace with that development to meet the demands of the big supermarket players.

When the importance of data is growing, why shouldn’t supermarkets expect their key suppliers to provide quality information to them at the click of a button? And what reason do manufacturers have to not clearly demonstrate that their quality records are trustworthy, authenticated by permissible staff, and show a complete timeline of quality operations alongside any exceptions and anomalies?

Another perception that often stands in the way of innovation in manufacturing is that implementing an electronic quality system is a huge investment, both in terms of software and people power. However, this is simply not the case – and you only need to look at manufacturing execution systems (MES) for an example. They can be implemented and delivering tangible results in under 90 days, which provides manufacturers with the peace of mind that their quality operations are being handled using a built-for-purpose solution.

A clear advantage is now created over the former paper-based systems. Along with the ability to show full compliance in the event of an audit, manufacturers can demonstrate that any opportunity for the manipulation and falsification of records has been eradicated. At that point, quality management can be freed up to focus on tasks that actually add value in and around each facility.

Businesses that continue to rely on outdated and resource-intensive paper-based systems to manage quality risk facing their own scandal and associated reputational crisis. Even if they avoid this threat, they will be separated from successful companies who select their shop-floor systems more wisely.

By taking advantage of a quality solution specifically designed for the food and beverage industry, businesses can focus on building positive awareness of their brands. They can also retain the trust of the UK’s big supermarkets, safe in the knowledge that their quality operations are water-tight, easily auditable, and not open to manipulation or falsification of records.

What MES also offers that pen and paper cannot is an operator interface that alerts shop floor staff when a check is due. This is a key element in providing site-wide visibility into quality operations, while supporting escalation and alerting routines that ensure the right person knows at the right time whenever a quality issue arises.

Admittedly, it is not the process itself that is to blame for the systemic mislabelling of food. Rather, as indicated by the encouragement of malpractice by supervisors, some companies appear to have a cultural problem. However, enforcement of good manufacturing practices is all the more difficult with a paper-based system that opens the door to manipulation and sloppiness. An electronic system alone will not solve the problem, but it does provide operational transparency and offers management the visibility needed to enforce best practice.

Companies can actively manage and prevent the risks of poorly managed quality operations to their reputations by implementing the right system to suit their needs. It is a task that should not be approached lightly. But the pitfalls are miniscule compared to the potentially massive negative consequences on a business wishing to simply (and wrongly) maintain the status quo.

Doing what you have always done is the enemy of progress – whether that means improving the quality of food safety in your factories or driving great results within your business. Implementing a quality system may seem like an undertaking without a measurable ROI. But it’s a small price to pay to avoid being at the centre of the next food safety scandal – a potentially company-ending catastrophe no one wants to be responsible for.