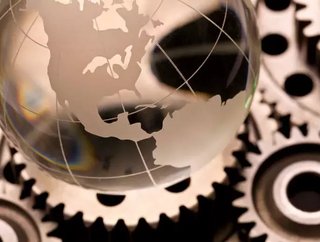 Manufacturing is arguably the lifeblood of global business. UK manufacturing alone contributes £6.7 trillion to the global economy — impressive stats for a country that is dwarfed in size by other nations.

According to a House of Commons briefing paper, which looked at the most recent manufacturing data, the UK had the 9th highest manufacturing output globally. While ranking 9th out of 237 countries is still a strong position to be in, it still shows a decrease from previous years. Between 1970 and 2004, the UK’s rank generally stayed around 5th and 6th position.

The UK’s manufacturing output was worth $247 billion in 2014, which broken down, equates to $3,800 on a head-by-head basis. However, the per-head figure does not provide an accurate point of comparison due to populations varying between countries.

In total, manufacturing accounted for 11% the UK’s national economic output, and 3 percent of global manufacturing.

In 2014, China had the highest manufacturing output of all countries, worth a total of $1.9 trillion. Eclipsing the UK’s humble 11 percent, manufacturing makes up 28 percent of the country’s entire national output. On a global scale, this contributes 19 percent — almost one fifth — to world manufacturing.

Naturally, given China’s large population — approximately 1.37 billion — the manufacturing output per head is significantly lower than the UK, standing at $1,400.

With the second highest manufacturing output ($1.8 trillion), the United States fell short of China’s $1.9 trillion total. However, despite the similarities between these totals, the United States output-per-head breakdown is significantly higher at $5,700 — a result of America’s smaller population size.

Despite occupying the same percentage of world manufacturing as China (19 percent), manufacturing makes up just 12 percent of the USA’s national output. Whereas China’s output was more than double at 28 percent, this stark difference shows how manufacturing is less of a priority to the United States’ economy.

Per head, this works out at $8,400. Overall, manufacturing makes up 23 percent of Germany’s national output and 7 percent of the global total.

What’s interesting to note is that despite the top spots being occupied by some of the world’s largest countries, smaller regions are often heavily reliant on manufacturing. For example, Turkmenistan and Nauru national outputs stand at 38 percent and 37 percent respectively, illustrating how dependent developing economies are on manufacturing.