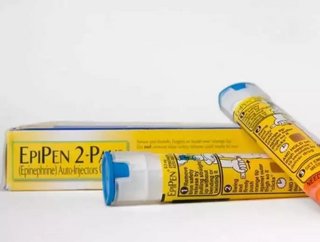 Mylan, the manufacturer of the EpiPen, has created a generic version of the product in order to curboutrage caused by recent price increases. The pri...

Mylan, the manufacturer of the EpiPen, has created a generic version of the product in order to curb outrage caused by recent price increases.

The price of the EpiPen, which treats anaphylaxis, has risen sixfold in recent years, and the widespread anger seems to stem from the opacity of the reasons why.

The cheapest price of the EpiPen is currently around $614 for two, but Mylan has made the unusual move of offering a cheaper package at $300 for two. Last week the company declared that it was attempting to increase financial assistance to allow more people to afford the branded product, and in the meantime is releasing the same product under another name.

While the price of the unbranded pen has been slashed enormously, it remains thrice the cost of the EpiPen in 2007, after which time prices accelerated dramatically year-on-year.

Consumer groups are busily signing petitions to delivery to Mylan’s US headquarters to protest the prices of this life-saving drug, upset as they are by both the enormous branded price and the generic price.

Many critics have been outspoken regarding the strangeness of a company producing two identical products at vastly differing prices when they could surely slash the cost across the board. This type of behaviour normally only occurs to undercut a competitor, but in this case, Mylan is competing only with itself.