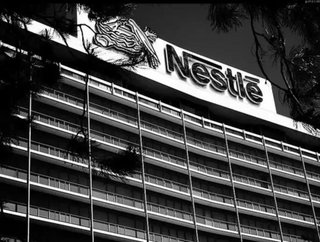 Nestl&eacute;s on-site anaerobic digestion plant is supplying about eight percent of its factorys electricity demand and has eliminated its solid waste...

Nestlé’s on-site anaerobic digestion plant is supplying about eight percent of its factory’s electricity demand and has eliminated its solid waste handling costs one year after commissioning.

The on-site bio-energy plant was designed and built by Clearfleau for Nestlé’s Fawdon confectionery factory, near Newcastle, UK. In addition to the financial benefits, the plant is helping Nestlé reduce its carbon footprint and develop environmentally sustainable manufacturing at Fawdon.

The plant converts 200,000 liters per day of feedstock into renewable energy. This feedstock includes wastewater from the site and 1,200 tonnes of residual byproducts and ingredients per year.

The biogas produced is fueling a combined heat and power engine, which produces 200kW of electricity, used in the confectionery production process. This is about eight percent of the factory’s power requirements, cutting the annual electricity bill by about £100,000 per year.

In addition, the site has registered for the UK Feed in Tariff, and will receive annual payments of about £250,000 per year.