New trains built by Hitachi to launch in Scotland 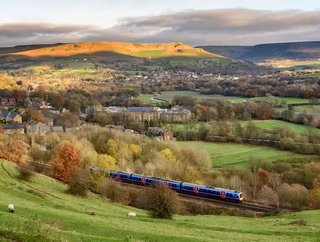 The new trains have been described as possessing quicker acceleration as well as reducing journey times and are thought to be better for the environment.

Hitachi has built 70 new class 385 trains in County Durham and the trains are set to create 17,000 extra seats per day.

“When passengers step on board this first train they’ll find it light, spacious and modern with loads more seats - up to 130 extra compared to the existing diesel trains,” said Karen Boswell, managing director of Hitachi Rail Europe.

“Our UK factory is working tirelessly to deliver the rest of the fleet, which will allow the current 51-minute journey time from Edinburgh and Glasgow to be cut by up to a fifth.

“Thanks to their high-quality Japanese engineering, these trains have the best 0-60mph acceleration of any in Scotland.”

It has also been confirmed by ScotRail, the operator for the new trains, that the first journey will take place today (24 July) between Edinburgh and Glasgow with a stop at Falkirk.

“More trains will be phased in over the coming weeks and months, and then other routes across the Central Belt,” a ScotRail spokesperson commented.

“These new electronic trains are part of our plan to build the best railway Scotland has ever had.”