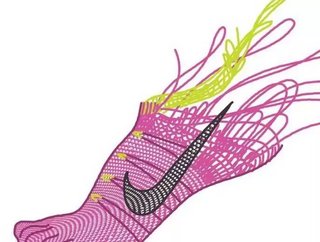 Nike has released its FY14/15 Sustainable Business Report,which details the progress it has made against environmental and social targets, as well as it...

Nike has released its FY14/15 Sustainable Business Report, which details the progress it has made against environmental and social targets, as well as its low-carbon plans for the future.

The company’s ultimate goal is to double its business while halving its environmental impact.

Achievements so far include a sustainable overhaul of its manufacturing processes, including using Flyknit technology, which  produces 60 percent less waste than traditional cut-and-sew methods. Since 2012, the technology has reduced nearly 3.5 million pounds of waste.

In addition, Nike has been using plastic bottles to convert into recycled polysetser and, since 2010, more than three billion bottles have been diverted from landfills. The company’s ColorDry technology, which dyes fabric using zero water, has saved more than 20 million litres of water.

The company is also working on reducing the amount of energy used to produce its footwear – it takes about half the energy and generates around half the emissions to make Nike shoes as it did eight years ago. Looking to FY25, Nike aims to use 100 percent renewable energy in its owned and operated facilities, and has already implemented on-site renewable energy generation at some of its largest facilities.

Nike also revealed its targets for 2020, which include: