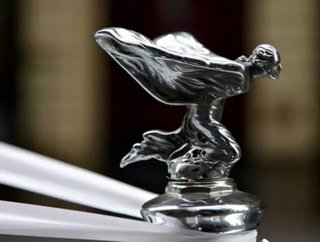 Rolls-Royce is the pinnacle of British manufacturing and despite now being owned by BMW, the company continues to manufacture its luxury vehicles at its...

Rolls-Royce is the pinnacle of British manufacturing and despite now being owned by BMW, the company continues to manufacture its luxury vehicles at its factory in Goodwood, UK. The luxury automotive manufacturer employs 1,500 people and is recognised for developing bespoke solutions for its customers.

Rolls-Royce’ success is perhaps down to the exclusive nature of the brand. The company says an increasing number of customers are demanding bespoke designs, from custom paint jobs and unusual upholstery to TV screens and drinks cabinets. “You don’t buy a Rolls-Royce, you commission one, like a piece of fine art or a super yacht,” proudly states its website.

Sales growth was partly driven by North America, its largest market, where the new Wraith model has proven extremely popular. Sales rose 40 percent in Europe and 20 percent in the Middle East as well, while the brand is also enjoying some success in emerging markets like Mexico, Azerbaijan and Vietnam.

The company has also been toying with the idea of launching a 4x4 model. CEO Müller-Ötvös said a decision on the plans would be made by the end of 2015, adding, “We will only do it if it is really right; if it is a true Rolls-Royce.”