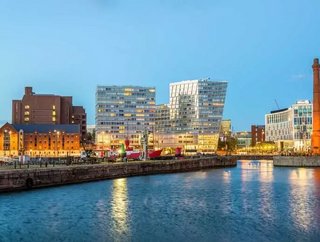 UK manufacturing is at a three month low of 54.3 as of June this year, according to IHS Markit/CIPS Purchasing Managers’ Index survey. The end of Q2...

UK manufacturing is at a three month low of 54.3 as of June this year, according to IHS Markit/CIPS Purchasing Managers’ Index survey.

The end of Q2 this year saw British manufacturers reporting further expansions of both production and new order volumes; production increased for the eleventh month in a row last month. However, new business has slowed in both domestic and export markets, with output and new orders rising at lower rates across all sectors. Supply chain pressures remain evident, and average vendor performance has deteriorated to the same extent as in May, which saw the sharpest lengthening of lead times in six years.

Foreign demand, however, has increased, as has manufacturing employment for the eleventh consecutive month, and backlogs of work have also fallen. Manufacturers are maintaining an optimistic outlook, with only seven percent of respondents anticipating output decline. This confidence is linked to planned investment spending, product launches, and expected new business growth. Despite this, ongoing Brexit negotiations have left manufacturers uncertain.

Rob Dobson, Senior Economist at IHS Markit, which compiles the survey: “The UK manufacturing sector largely weathered the uncertainty of a general election and start of formal Brexit negotiations to eke out further output growth at the end of the second quarter. However, the rate of expansion eased again in June, with growth weakening across the consumer, intermediate and investment goods industries.

“Although the sector should still improve on its lacklustre opening quarter performance, this will be to a lesser extent than hoped for after solid growth in April and May. The main factor driving the broad slowdown in June was a steep easing in the rate of increase in new order intakes.

“New business rose at the weakest pace for nearly a year and growth was down sharply from April’s near three-year high. This slowdown was largely centred on the domestic market, where increased business uncertainty appears to have led to some delays in placing new contracts.

“While the survey data add to signs that the economy is likely to have shown stronger growth in the second quarter, further doubts are raised as to whether this performance can be sustained into the second half of the year.”

Duncan Brock, Director of Customer Relationships at the Chartered Institute of Procurement & Supply: “Manufacturing activity showed signs of slowing this month, as fears that the sector would feel the impact of both the election and the start of Brexit talks materialised.

“While the sector remained in growth, a softening of new orders suggested some hesitancy from the UK to commit to new projects, which will be a worry as the domestic market has been the main driver of growth in the past two months. Apart from some orders from the US and Western Europe, exports fared little better as a continuing weak, but stable pound began to lose some of its allure.

“Though the burden of higher cost pressures eased, purchasing activity was held back by the halting performance of supply chains as a shortage of some essential raw materials was reported. Combined with disappointing vendor performance, there will be some frustration over the progress of work in hand and for being fit for the future post-Brexit world.

“But, for now, optimism remains relatively high, job creation solid across corporates and SMEs and additional efforts are being made to improve efficiencies across the sector. Yet uncertainty remains the enemy, and the next few months will be a waiting game for manufacturers hoping for more stable conditions.”