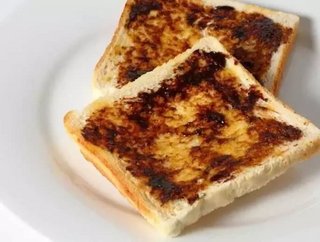 The UKs biggest retailer, Tesco, has ceased sales of many household items due to a dispute with Unilever over prices. The issue is being blamed on t...

The UK’s biggest retailer, Tesco, has ceased sales of many household items due to a dispute with Unilever over prices.

The issue is being blamed on the outcome of the EU referendum. The pound has dropped 16 percent post-Brexit, and Unilever has increased some of its prices in response. Tesco, however, is resisting this move, meaning that its reserves of Marmite, Hellmann’s products, and Ben & Jerry’s ice cream are running low.

Unilever’s argument seems to rest on the fact that importing to the UK is now more expensive due to the devaluation of the sterling, yet Marmite – the one staple product which appears to be causing the most alarm – is manufactured in Britain, and it has been for well over 100 years.

Other Unilever brands that are created in the UK include Colman’s English Mustard, Elmlea, and Pot Noodle. Retailers should not have to fear stocking these items, as they remain unaffected by import costs.

This has caused an impasse between Tesco and Unilever; while the retailer creates its own yeast extract spread, as well as selling the Australian alternative Vegemite, Marmite holds a great deal of brand power, and Unilever is clearly banking on this.

This dispute has caused share prices for both companies to drop, but Unilever’s CFO Graeme Pitkethly has stated that he expects the issue to be resolved quickly.

Nick Lee, a Professor of Marketing and a researcher of sales management at Warwick Business School, offered the following comment: "In a lot of ways, this is normal negotiation practice that has all of a sudden had a light thrown on it thanks to Brexit.

"On the one hand, you have a brand owner who considers itself to have the main negotiating power, since they feel consumers buy brands over categories. On the other hand, you have a powerful retailer who judges that consumers will not change behaviour simply because a selection of brands may not be available.

"In a sense, they are both right, and both wrong. Indeed, in many situations, consumers are brand loyal, and Marmite is probably one of those.

"On the other hand, Tesco is right that most consumers are unlikely to change their shopping habits just because a few non-substitutable brands are unavailable. However, the question is how many brands are in play here?

"Further, Tesco needs to realise that supermarket switching is far easier than it used to be in today's online retail environment. I think they need to be careful about influencing consumers to 'try' another provider, because if they do, they may not come back to Tesco. All around, its a somewhat dangerous game being played by both parties.

"But in essence, both realise this is a negotiation, not an ultimatum. They need each other, but are jockeying for best position in a new uncertain environment. I expect we'll see a lot of this in the coming months as players in this space look to renegotiate deals, and try to play on public sympathy to pressure their negotiation partners."