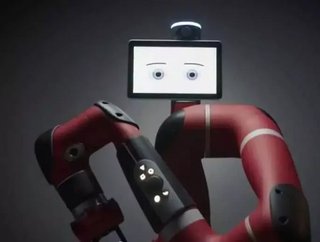 On the heels of a $26.6 million investment, Boston-based robot maker Rethink Robotics is about to unveil its newest manufacturing robot &mdash; one that...

On the heels of a $26.6 million investment, Boston-based robot maker Rethink Robotics is about to unveil its newest manufacturing robot — one that could help alleviate international labor shortage woes.

Sawyer, slimmer and lighter than its well-known sibling Baxter, was designed to specifically to complete mundane and repetitive tasks such as machine tending, testing and inspection in the US and at overseas manufacturing plants. The new one-armed robot has such a delicate touch that it is able to handle complex manufacturing processes like never before.

“There's a massive market doing those sorts of jobs outside the U.S. and Sawyer is designed from the ground up to be the kind of robot we can take internationally,” said Rethink's CEO Scott Eckert in an interview.

Nearly half of the employees at a typical overseas electronics manufacturing plant are working on simple machine tending tasks, which involve picking up pieces of hardware and putting them into machines for testing, Eckert said.

Eckert estimates that millions of people are doing these tasks around the world, specifically in countries that are currently facing massive labor shortages, including China.

At $29,000 per unit (compared with $25,000 for Baxter), and a five-year life span, manufacturing plants facing these shortages will use Sawyer to perform simple tasks quickly and efficiently.

But Eckert says that doesn't mean humans will be out of jobs because of robots like Sawyer. To date, none of Rethink's customers have reduced their workforces as a result of purchasing the company's robots, Eckert said.

“Sawyer is going to do the jobs that people don't want to do, and people will be doing much more interesting jobs because Sawyer is doing the simple, basic, repetitive tasks that don't take advantage of what people can do,” Eckert said.

Watch a video of Sawyer in action below: