The vinyl revolution continues for HMV 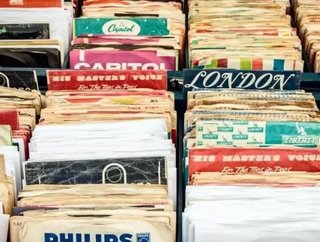 HMV has estimated that a massive 1.5 million vinyl LPs will be sold in its stores this year - the most sales since 1997. The company has expanded its ra...

HMV has estimated that a massive 1.5 million vinyl LPs will be sold in its stores this year - the most sales since 1997. The company has expanded its ranges of turntables and speakers, responding to the UK's current love affair with vinyl.

HMV will celebrate Vinyl Week, which runs between the 13th and 19th of June, with up to 50 percent off many records, as well as exclusive limited edition pressings unavailable elsewhere.

Official Charts data for 2016 shows that LPs are on track to smash through the three million unit mark for the first time in more than 20 years.

Gennaro Castaldo, Director of Communications at BPI, said: “Sales of vinyl have risen dramatically since their low point in 2007, with over 2 million LPs purchased last year for the first time in more than two decades.With no let-up in sight, the BPI has every expectation this trend will continue, and estimates that up to 3.5 million LPs  or more could be purchased during the course of 2016.

“The major investment we are seeing in vinyl from hmv and other retailers alongside the commitment of labels and the artists themselves, can only add further impetus to this remarkable growth.”

Ian Topping, Chief Executive of HMV said:  “As the UK's largest vinyl retailer, hmv has expanded its offer considerably in 2016 due to the ever-growing demand from our customers. The strong resurgence of vinyl is set to continue as the highlight of the UK entertainment industry - expect vinyl to be top of the Father's Day gift list this year”