General Electric to end manufacturing operations at its Virginia plant 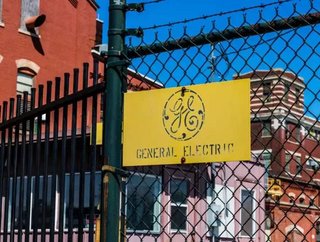 The Boston-headquartered conglomerate, General Electric (GE), has confirmed it will be closing the manufacturing operations at its Virginia, plant. The...

The Boston-headquartered conglomerate, General Electric (GE), has confirmed it will be closing the manufacturing operations at its Virginia, plant.

The power unit will keep the site’s engineering centre open, which employs 200 people.

More than 260 people will lose their jobs in manufacturing at the facility, located in Salem, Virginia. However, 42% of the employees are eligible for retirement.

GE is one of the largest employers in the state’s Salem region, having employed 3,500 at one time.

“The GE plant and its workers have been integral parts of Salem’s fabric for more than 60 years,” stated Randy Foley, Mayor of Salem.

“When the plant employed over 3,000 back in its heyday, it seemed like everyone you knew had a family member who was working there, and many of them were actively involved in the community and their respective neighborhoods.”

“Sadly, industrial plants across the state and the country have been through tough times in recent years.”

“I think we always knew this was a possibility, especially since GE has been reducing its workforce worldwide in past years.”

The news follows GE’s decision to make cuts to its power unit, ultimately aiming to save $1bn by reducing its employment by 12,000 jobs.

Manufacturing work from the facility, which opened in 1955, will be to other GE locations or be taken over by supplier partners.