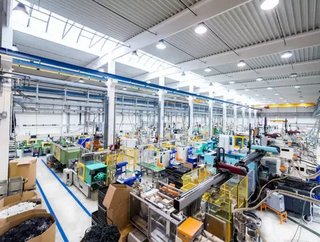 According to a new survey released by the Chartered Institute of Procurement &amp; Supply (CIPS), 46% of UK manufacturing companies have increased costs...

According to a new survey released by the Chartered Institute of Procurement & Supply (CIPS), 46% of UK manufacturing companies have increased costs to their customers as a result of Brexit.

The findings also show that 58% of the respondents said they plan to increase their prices to offset Brexit.

The survey also claims that more than one fifth of businesses will reduce their workforce to reduce their overheads, whilst 48% said they can’t prepare for Brexit  at all as future trade arrangements are still unclear.

“It’s becoming clear that manufacturers can no longer absorb the costs of Brexit themselves and so the burden of higher prices is spreading to consumers, to suppliers, to clients and reshaping supply chains,” stated Dr John Glen, Economist at CIPS.

“Though the sector has moved further towards the inshoring route, they’re likely to have difficulty finding suitable alternatives in the UK.”

“It is therefore crucial they don’t burn their bridges with their EU contacts but instead work to build stronger relationships with European partners.”

“Businesses should also consider other ways through which they can improve the efficiency of their supply chain and not just focus on costs, such as by embracing new technologies, automating processes and using creativity and, innovation.

“In the end, businesses that fail to plan ahead and use this opportunity to reduce and manage their costs in supply chains efficiently may not survive post-Brexit.”