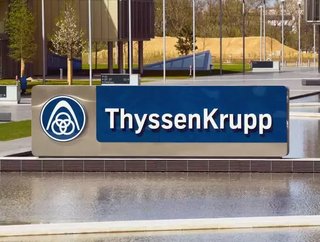 Thyssenkrupp, a leading German manufacturer specialising in the engineering and metals sectors, has announced that it will be launching a new branch spe...

Thyssenkrupp, a leading German manufacturer specialising in the engineering and metals sectors, has announced that it will be launching a new branch specifically designed to deal with its global forging activities.

The new branch, forging technologies, has been created in an attempt to cut thyssenkrupp’s reliance upon its combustion engine parts business, accounting for a quarter of the company’s operations.

“In the future we want to reduce our dependency on previous applications such as the traditional internal combustion engine, for which we still produce a large part of our forged components,” said Karsten Kroos, Head of thyssenkrupp’s components business.

Although the companies European steel business expects to prosper from the growing shift to electric vehicles amongst automotive manufacturers, this also may render many of the parts supplied by thyssenkrupp useless and not needed in the future.

Formed on 1 October, it will house 7,000 employees at 18 production sites, distributing to customers in more than 70 countries, accounting for approximately $1.2bn in sales.

“Central management of our worldwide production network will enable us to use our facilities more efficiently and align them even more closely to customer requirements,” Kroos continued.

The new unit is the combination of the company’s forging and machining and undercarriages units, two previously independent branches of the business.