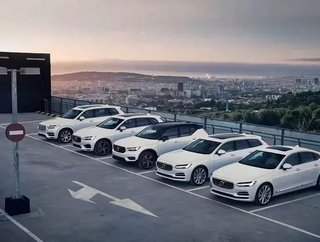 Volvo Carsreported a solid sales performance in August, with global volumes up 10.2% compared with the same period last year. Strong demand for Volvo...

Volvo Cars reported a solid sales performance in August, with global volumes up 10.2% compared with the same period last year.

Strong demand for Volvo’s award-winning SUVs led by the XC60, and followed by the XC40 and the XC90, supported the sales performance in August. The company’s latest models like the US-built S60 sedan, V60 estate and V60 Cross Country also contributed to the increased volumes.

Total sales during the month reached 47,796 cars, as all regions of US, China and Europe reported a volume growth in August. In the January to August period, Volvo Cars’ total sales reached 443,168 cars, up 7.6% compared with the same period last year.

Volvo’s new vehicles will be made from 25% recycle plastic

US sales in August stood at 9,194 cars, up 2.5% compared with the same period last year. XC90 was the top selling model in the region during the month, followed by the XC60.

Sales in China last month reached 14,212 cars, up 24.8% compared with the same period last year. The strong performance came on the back of continued high demand for the locally produced XC60 and the S90.

Volvo Cars was founded in 1927. Today, it is one of the most well-known and respected premium car brands in the world with sales of 642,253 cars in 2018 in about 100 countries. Volvo Cars has been under the ownership of the Zhejiang Geely Holding of China since 2010.

By the middle of next decade, it aims for half of its global sales to be fully electric cars and to offer half of all cars to customers via its subscription service. By then, it also expects one-third of its cars sold to be autonomous.