7 reasons why Tesla has succeeded where others have failed 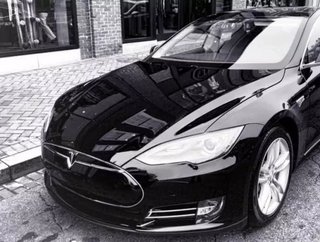 1. Elon Musk had a game plan from day oneFrom day one Tesla Motors had a solid plan. From an outsiders perspective, the Tesla Roadster could have been p...

1. Elon Musk had a game plan from day one

From day one Tesla Motors had a solid plan. From an outsider’s perspective, the Tesla Roadster could have been perceived as a one-off, dare I say faddy luxury sports car. Early on in the company’s development, Elon Musk, co founder, chairman and primary finding source put that idea to bed. In a blog post, he wrote:

“As you know, the initial product of Tesla Motors is a high performance electric sports car called the Tesla Roadster. However, some readers may not be aware of the fact that our long-term plan is to build a wide range of models, including affordably priced family cars. This is because the overarching purpose of Tesla Motors (and the reason I am funding the company) is to help expedite the move from a mine-and-burn hydrocarbon economy towards a solar electric economy, which I believe to be the primary, but not exclusive, sustainable solution.

“So, in short, the master plan is:

The company had a vision and a long-term goal, before its first vehicle rolled off the production line. Nothing at Tesla happens by chance.

2. Compromise was never an option

In the same blog post, Musk also talked about the purpose of a Tesla and what the company wanted to achieve as a whole. The team wanted to make “an electric car without compromises, which is why the Tesla Roadster is designed to beat a gasoline sports car like a Porsche or Ferrari in a head to head showdown. Then, over and above that fact, it has twice the energy efficiency of a Prius.”

Compromise was never an option; Musk and his team were going to create a fast, good looking, efficient and desirable electric car, or nothing.

At a graduation speech at USC, Musk spoke about success and how to develop a solid business idea. During this speech Musk made it clear that success doesn’t come from following a trend. “Rather than reasoning by analogy, you boil things down to the most fundamental truths you can imagine, and you reason up from there. This is a good way to figure out if something really makes sense, or if it’s just what everyone else is doing. It takes a lot of effort, but it’s the best way to think especially if you are developing something new,” he said.

Peter Thiel, co founder of PayPal with Musk wrote in his book Zero to One, “Tesla's CEO is the consummate engineer and salesman, so it's not surprising that he's assembled a team that's very good at both.”

At his talk at USC Musk spoke about his experience of building a team, he said: “If you are creating a company or if you are joining a company, the most important thing is to attract great people. All a company is, is a group of great people that are gathered together to create a product or a service. And depending on how talented or how hardworking that group is, and to what degree they are focused cohesively in the same direction, that will determine the success of the company. So, do everything you can to gather great people.”

Furthermore, Tesla's vice president of OEM & Re-Manufacturing, described working for Musk, calling it both demanding and motivating. “Elon is a very inspiring person, he will push you to the limit. He will really ask you the impossible and will not settle for mediocre results.”

5. Its cars are sustainable and sexy

From very early on, Tesla knew that fashion drove interest in clean tech. It became somewhat of a status symbol to appear ‘green,’ even if it meant driving a less than sexy Prius or Honda Insight. Those cars only made drivers look cool by association with the famous eco-conscious movie stars who owned them as well, so Tesla decided to build cars that made drivers look cool. Leonardo DiCaprio, for example, replaced his Prius for an expensive (and expensive-looking) Tesla Roadster.

The Model S is an incredible stunning and attractive car, and tends to garner the majority of attention when seen on the streets or in a parking lot. Aesthetics matter a lot in consumer electronics, fashion and automotive, and Tesla knows this. Where other electric vehicle manufactures have failed, Tesla has scored highly.

6. Technology is the number one priority

Tesla's technology is so good that other car companies rely on it: Daimler uses Tesla's battery packs; Mercedes-Benz uses a Tesla powertrain; Toyota uses a Tesla motor. General Motors has even created a task force to track Tesla's next moves. The company is so far ahead if the competition when it comes to R&D, technology and innovation that it’s hard to even talk about them in the same category.

Tesla has always put a huge emphasis on product development and technological advancement. It has whole teams dedicated to R&D and invests regularly to ensure its at the top of its game.

7. It handles its own supply chain

Thiel, speaking of Tesla’s distribution said: “Most companies underestimate distribution, but Tesla took it so seriously that it decided to own the entire distribution chain.” Tesla manages every single one of its service centers and stores and doesn’t use dealers. Thiel notes that Tesla's up-front costs are higher than other automakers because of a change in business model with no dealership network, but it “affords control over the customer experience, strengthens Tesla's brand, and saves the company money in the long run.” Tesla is also working on expanding capacity with its Gigafactory, which will allow it to sell cars at a much greater volume than it currently is.