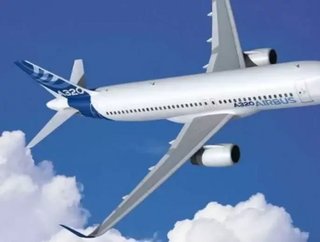 Air New Zealand has announced it has placed an order for 14 new jets worth $1.6 billion with leading aircraft builder Airbus.It follows the airlines 200...

Air New Zealand has announced it has placed an order for 14 new jets worth $1.6 billion with leading aircraft builder Airbus.

The agreement marks the first time Air New Zealand has ordered the larger A321 aircraft and the NEO. Engine selection and cabin configuration will be made at a later date.

The A321 is the largest member of the A320 family offering the best seat mile costs of any single aisle. The A320 family fuselages is seven inches wider than competing aircraft and with a cargo hold designed for industry standard containers and pallets.

“The new Airbus NEO will help ensure we continue to operate one of the world’s youngest jet fleets and will further drive fuel efficiency allowing us to minimise our carbon footprint.”

“The NEO offers even further gains – a 15 per cent fuel burn reduction or up to 950 kilometres added range, and significantly reduced noise.

John Leahy, Airbus Chief Operating Officer, Customers, said: “Passengers appreciate the A320 Family has the widest and most comfortable cabin, and this re-order is proof that it also offers unmatched performance and productivity.”

The A320 Family is the world’s best-selling single aisle product line with more than 10,200 orders to date and over 6,000 aircraft delivered. The latest version A320neo incorporates new engines and "Sharklet" wing tip devices which together deliver up to 15 percent in fuel savings.

At the end of April 2014, firm orders for the NEO reached over 2,700 aircraft from 50 customers, representing a 60 per cent share market share in its category.