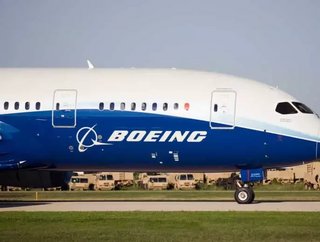 The UK space technology based in Oxfordshire is currently working on contributing to the next generation of hypersonic flight and space access vehicles.

The firm’s most notable work is its Synergetic Air-Breathing Rocket Engine (SABRE) – a hybrid engine that combines jet and rocket technology.

The engine is capable of reaching Mach 5 on air-breathing mode and Mach 25 in rocket mode.

“Rolls-Royce and Boeing - these are really big names, and it's fantastic to be in this position,” stated Mark Thomas, CEO of REL.

“Rolls are super-positive about the technology. They want us to be independent and innovative, and to push our technology as hard as possible,” he informed the BBC.

“And Boeing - that's amazing. They are the world's biggest aerospace company, have decades of expertise and future plans that, for us I'm sure, will be really exciting.”

“As Reaction Engines unlocks advanced propulsion that could change the future of air and space travel, we expect to leverage their revolutionary technology to support Boeing’s pursuit of hypersonic flight,” stated Steve Nordlund, Vice President of Boeing HorizonX.