Boeing sets its sights on space with NASA partnership 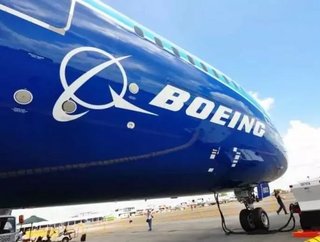 Boeing Co took the wraps off an assembly plant on Friday for its first line of commercial spaceships, which NASA plans to use to fly crews to the Intern...

Boeing Co took the wraps off an assembly plant on Friday for its first line of commercial spaceships, which NASA plans to use to fly crews to the International Space Station, officials said.

"This is a point in history that reflects a new era in human spaceflight," Boeing Chief Executive Dennis Muilenburg said at a grand opening ceremony at the Kennedy Space Center.

Boeing's newly named CST-100 Starliner spaceships will be prepared for flight in a processing hangar once used by NASA's space shuttles. The capsule's debut test flight is targeted for 2017.

Starliners will fly from nearby Cape Canaveral Air Force Station aboard Atlas 5 rockets, which are built and flown by United Launch Alliance, a partnership of Lockheed Martin and Boeing.

NASA is paying up to $4.2 billion for a Starliner test flight and up to six missions to the station. The U.S. space agency has a similar contract with privately owned SpaceX, which intends to accomplish the work for $2.6 billion.

NASA previously contributed $621 million to Boeing and $545 million for SpaceX for capsule design and development.

Both Boeing's Starliner and SpaceX's Dragon capsules can carry seven-member crews, or a mix of crew and cargo, to and from the station, a $100 billion laboratory that flies about 250 miles (400 km) above Earth.

Muilenburg declined to say how much of its own money Boeing is putting into the project, but said its ultimate success will depend on customers beyond NASA.

Boeing already has agreements to provide space transportation services for privately owned Bigelow Aerospace, which plans to lease out space aboard its planned orbiting outposts for scientific research and commercial programs. A prototype Bigelow habitat is scheduled to be launched and attached to the space station by early 2016 for a two-year test flight.

Boeing's refurbishment of the retired space shuttle hangar was partly financed by Florida, which so far has invested about $2 billion to lure aerospace companies to the state.