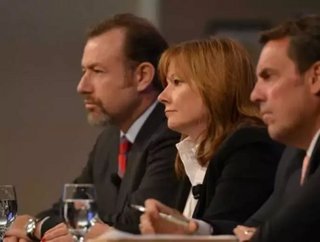 General Motors (GM) has said all the right things in recent months to offset the criticisms regarding an ignition switch issue that resulted in both dea...

General Motors (GM) has said all the right things in recent months to offset the criticisms regarding an ignition switch issue that resulted in both deaths and recalls, and is now turning to advanced Six Sigma and an overhaul of its entire production chain to ensure similar incidents are avoided in the future.

GM produces vehicles across 30 countries and is one of the world’s leading automakers, responsible for the likes of Chevrolet, Buick, Opel and Vauxhall, but has had its reputation severely dented following the recalling of more than two-and-a-half million cars, which have since been linked to 13 deaths and 54 crashes.

The Valukas Report which brought these figures to light has put intense heat on Chief Executive Officer (CEO), Mary Barra and Chairman, Tim Solso, who have since described the report as extremely ‘thorough’, ‘brutally tough’ and ‘deeply troubling’.

Conclusion: Change is needed at GM. In the immediate term, 15 employees have been dismissed from the organisation, a further five severely disciplined and a compensation fund has been set up for the people effected by the ignition default.

In the long term though, the emphasis has turned towards an entire change of culture within the company with Solso guiding, but not dictating, Barra in a complete overhaul of standards throughout the company, from the top down.

“The Board, like management, is committed to changing the company’s culture and processes to ensure that the problems described in the Valukas report never happen again,” the Chairman said in a company release.

"Together, we have to understand that the attitudes and practices that allowed this failure to occur will not be tolerated,” Barra added. “Also, if we think that cleaning up this problem and making a few process changes will be enough, we are badly mistaken. Our job is not just to fix the problem. Our job must be to set a new industry standard for safety, quality, and excellence.”

The call-backs have cost the company a total of $1.7 billion over the past year and this figure is expected to rise further as more recalls and compensation claims come to light. GM’s stocks have also been hit by a 14 percent decline.

The company’s rallying cry has been for enhanced transparency, which isn’t necessarily easy in a 220,000 people-strong organisation, but will theoretically improve levels of product development, safety, customer satisfaction, and, perhaps most importantly, employee development.

“If you have high-performance teams and quality leadership and the right people in the right jobs — and they’re aligned around guiding principles, vision, mission, values and strategy — a lot can happen. And I think that’s the first step in terms of really making long-term permanent change in a company,” Solso told The Detroit News.

“I think as tragic as the recall is, one benefit is that it’s going to be a catalyst to change General Motors much faster than if it hadn’t happened.”

Accountability has been the second buzz word to be delivered by GM in the fallout from the report, putting even more pressure and reliance on the workforce to take responsibility for what they are delivering from the factories.

To help them reach those required levels, Barra and Solso have highlighted the significance of Six Sigma, which has already saved the company billions of dollars over the years, but can still prove even more beneficial moving forward.

“It provided a common language, it provided for transparency,” Solso said in his interview with the Detroit-based site. “So at one level we want Six Sigma at General Motors for eliminating waste and variation and reducing costs, but in another way, it’s a way of saying, ‘You know, we’re going to be different.’ ”

Up until now, Six Sigma has primarily been used in its engineering operations but the plan is to now implement the same culture across the entire organisation, infiltrating areas of supply chain management, product development, and of course, recall procedures.

The process has already begun too with the company appointing Jeff Boyer as the new Vice President of Global Vehicle Safety, while 35 product safety investigators have been employed to address incidents such as those experienced recently, more quickly.

The company’s Speak up for Safety programme also encourages employees to voice their concerns over performance and safety, and finally, a Global Product Integrity arm has been introduced to improve overall safety and production quality.

All of this has been done to, in Barra’s words, “restore honour and respect” to GM, and given the success of Six Sigma initiatives within the organisation in the past, the signals of intent alone should take some heat off the manufacturing heavyweight as it begins its road to redemption.

“We are working hard to improve our ability to identify and respond to safety issues,” Boyer explained in a company statement. “…we are encouraging and empowering our employees to raise their hands to address safety concerns…and we have set new requirements for our engineers to attain Black Belt certification through Design for Six Sigma.”

“We will emerge from this situation a stronger company,” Barra concluded.