The Invent and Manufacture in America Act: How congress can help bring jobs back to the US 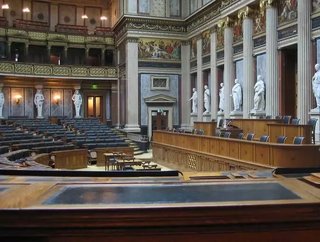 In the past few weeks, a major piece of bipartisan tax legislation that should be of immense interest to American manufacturers has been introduced in b...

In the past few weeks, a major piece of bipartisan tax legislation that should be of immense interest to American manufacturers has been introduced in both the House and Senate. Should this legislation be signed into law it would have an enormous impact on U.S. manufacturing, bringing with it the potential to create thousands of high-paying jobs and the ability to re-energize this vital sector of the economy.

Last month, U.S. Senators Chris Coons (D-DE) and Pat Roberts (R-KS) introduced the Invent and Manufacture in America Act, a bill that would provide a tax cut for companies that conduct research and development in the U.S. and also domestically manufacture products resulting from this R&D. After the Senate bill was introduced, U.S. Representatives Mike Kelly (R-PA) and Ron Kind (D-WI) brought a companion bill to the House, ensuring that the legislation gained traction in both chambers of Congress.

How would this tax cut work? By further strengthening the Research and Development (R&D) Tax Credit—an incentive that I’m sure is familiar to many manufacturers.

To better understand the specifics of the proposed legislation and its ultimate impact, let’s take a moment to examine the R&D Tax Credit and its application to manufacturers.

While the credit is still largely under-claimed by U.S. businesses (a fact that is true for industries across the board, including the manufacturing sector) manufacturers have been the most proactive in claiming tax savings. According to numbers from the IRS for the most recent year on record, manufacturers constituted the largest amount of R&D Tax Credit claimants at 39.2 percent and received 61 percent of the total value claimed from the credit across all industries.

If it seems odd that manufacturers would benefit from a “research and development” tax credit, it is important to note that the tax code’s definition for R&D is often much different than what the average person might expect. Simply put, applied science is as eligible for the credit as traditional research, meaning the technical work performed on the factory floor to improve a product (or the technical work done to enhance the processes used to make those products) will typically qualify manufacturers for the credit. For the steps taken to make a product or process faster, cheaper, greener or more efficient, manufacturers can receive substantial tax savings.

To further understand the credit and the value it can provide for manufacturers, let’s take a look at a real-world example.

For four years’ worth of qualifying projects, one precision manufacturer received over $1 million in federal and state R&D tax credits. Among a host of qualifying projects, this company developed a new manufacturing process for a half bore using a clamp and a custom fixture and improved a part that had four difficult-to-produce ports due to the double-angle seal at the top. After analyzing and measuring variance with several different prototypes, the manufacturer eventually identified a design that met the specifications for the produced part.

As you can see, enhancements made to both products and production processes have proven quite lucrative for this company. For reference, here are a few other common activities that have qualified manufacturers for the R&D Tax Credit:

Bringing this back to Senator Coons and Roberts’ original legislation, if signed into law, the Invent and Manufacture in American Act would strengthen the R&D Tax Credit for companies performing both their R&D and manufacturing operations here in the United States. As currently proposed, the legislation would provide a phased-in increase to the credit by up to 25 percent for companies that perform the majority of their manufacturing in the U.S.

As noted in multiple studies, the co-location of R&D and manufacturing operations has significant benefits for the economy, ranging from increased productivity to the creation of better quality products. According to numbers released from the office of Senator Coons, companies are twice as productive in their R&D efforts when operations are co-located with a manufacturing facility, further highlighting the tangible economic benefits of this legislation and the R&D Tax Credit.

Additionally, by incentivizing companies to keep their manufacturing operations and factories in the U.S., this will help ensure that high-paying manufacturing jobs remain in the United States rather than being outsourced overseas. According to statistics released by Senator Coons’s office, the U.S. has lost over five million manufacturing jobs and more than 70,000 manufacturing plants have closed or moved overseas since 2000. With its emphasis on supporting innovation and American-made products, this bill has the potential to help stem the tide of outsourcing and bring thousands of jobs back to the manufacturing sector.

We at alliantgroup agree with this sentiment and would highly encourage manufacturers to explore the R&D Tax Credit and vocalize their support for this commonsense legislation. Its passage would be an immense victory for manufacturers, workers and the economy at large.