Lontra to build £65mn manufacturing facility in the UK 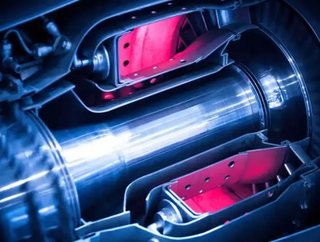 The high-tech engineering firm, Lontra, has announced that it will be building a manufacturing facility in Warwickshire. The facility will produce the...

The high-tech engineering firm, Lontra, has announced that it will be building a manufacturing facility in Warwickshire.

The facility will produce the engineer’s range of industrial compressors, including its award-winning Blade Compressor.

The facility has received praise from Innovate UK, the government’s Technology Strategy Board, and local MP, Jeremy Wright.

The manufacturing project is anticipated to create 75 jobs for locals by 2020.

The initial phase of the facility will be open by the end of 2018, with the operation of a single flexible production line, designed to help Lontra’s R&D Technology Centre in Napton.

The firm has announced that it plans for its workforce to double this year, from 25 to 50.

The entire £65mn (US$90.64mn) budget will be invested in the next three years, on both the Warwickshire factory and an additional site, with the firm sourcing funding for a second phase expansion.

“This is a vote of confidence in Britain’s ability to manufacture at volume and high specification at globally competitive prices,” stated founder and CEO of Lontra, Steve Lindsey.

“We’ve long led the world in innovative ideas, the spread of technology across prototyping and manufacturing means than Britain is perfectly placed to lead the fourth industrial revolution.

“This is a new chapter for our business and we are delighted to be spearheading a new wave of precision manufacturing in the UK, and are committed to the Midlands where we believe that some of the world’s very best engineering minds can be found.”